What is a Cafe Racer?

Since the 2009 second coming of Cafe Racers the genre has gone from strength to strength. Lots of manufacturers have one in their stable and in general they at least try to stick to the original 1950’s definition of what a Cafe Racer is.

What is a Cafe Racer? A Cafe Racer is a motorcycle optimised to cover short distances as quickly as possible. Lightweight and powerful, they are easily identified by their rear seat cowl, low clip-on bars and rear set foot pegs. Modern production Cafe Racers sometimes wear a half fairing.

Let’s take a look at a 1950’s original Cafe Racer as well as some modern retro offerings so you can better understand just exactly what the genre looks like.

This is the legendary Norvin, the fastest Cafe Racer of its time. To be fair, not many of the modern retro options would beat it either.

Norton developed the Featherbed Frame to help cope with the mountain course at the Isle of Man TT. It was by far the best handling frame of the day. The Vincent Black Shadow had the best engine of the time – it was capable of 125mph (150mph race tuned) straight out of the factory and was also both powerful and extremely reliable.

It’s believed racer John Surtees came up with the idea of taking the best engine in the world and shoehorning it into the best frame and the Norvin was born – half Norton, half Vincent.

I’m a big fan the Royal Enfield line up, they produce great looking motorcycles at amazing price points. Their homage to the original Cafe Racers of the 50’s and 60’s doesn’t disappoint.

For around £6000 GB Pounds or the same in US Dollars, this A2 compliant retro motorcycle is a bargain both sides of the Atlantic. It’s an air cooled twin cylinder 650cc engine with a British heritage so its bang on for a retro Cafe Racer.

Note the cowl and clip on bars that leave you in no doubt as to what it is.

What is a Cafe Racer today? This Kawasaki Z900RS Cafe is the perfect example of todays production Cafe Racers. Note the half fairing that’s become popular with modern versions. Also note the seat that looks like its a single with a cowl but is actually a double.

Triumph were at the forefront of the original movement so it’s no surprise (or perhaps it is) to see them leading the retro Cafe Racer resurrection with the famous Thruxton.

Why are they called Cafe Racers?

in 1950’s England, bikers would hang out at the transport cafes listening to the Rock n Roll on the jukebox, drinking mugs of tea and waiting for someone to challenge them to a race to the next cafe.

These cafes had always been the domain of the truckers. They would laugh at these young lads who thought themselves motorcycle racers and derogatorily called them ‘nothing but cafe racers.’

The bikers loved it and the name stuck. Read more about the history of Cafe Racers.

Because custom built Cafe Racers were designed to cover short distances as fast as possible, comfort was happily exchanged for better performance. A modern retro option allows for a less cramped riding position so is generally more comfortable.

Anything that could be removed from the original bikes to lose weight was quickly disposed of.

The seat was usually turned into a single with a cowl added to stop them sliding down and drop handle bars were used so their heads were low and arms tucked in tight. Many also used rear set footrests to further improve aerodynamics and increase the amount of lean angle they could achieve at the roundabouts.

The engines in the original cafe racers were more often than not tuned for maximum performance. Add the highly tuned engine to a bike that’s had all the dead weight removed and you have a motorcycle that is achieving speeds it was never intended to by the manufacturers.

To be considered a member of the Ton Up Boys you had to achieve a top speed of at least 100mph. It sounds nothing today but back then with poor road surfacing and lighting, these speeds were deadly.

The drum brakes and tyres that came on the bike when it was purchased weren’t meant to cope with the speeds the modified Cafe Racers achieved and deaths on the North Circular Road were all too regular.

Today of course, a retro Cafe Racer has all the styling and great looks of the 1950’s original bikes but with all the mod cons of a thoroughly modern motorcycle to help keep you safe.

The Triumph Thruxton for instance comes with switchable ABS and traction control, Ride by Wire, 3 riding modes and LED lights all round.

Can any bike be turned into a Cafe Racer?

The simple answer is yes – if you have the knowledge or the money to pay someone who does, just about any motorcycle can be turned into a Cafe Racer.

Certain motorcycles though are more suited for customisation than others so are preferred by the professional custom builders. Some donor bikes are so ideally suited for conversion that Cafe Racer kits are available for them, sometimes by the manufacturer themselves.

These kits are great if you plan to do your own Cafe Race conversion and can help keep the costs down. Read more about the costs of building a Cafe Racer.

Although today the edges have been blurred – especially in the custom scene – as to what is a Cafe Racer, I’m a firm believer that if it looks and performs like the original 1950’s riders wanted them to, then it is one. 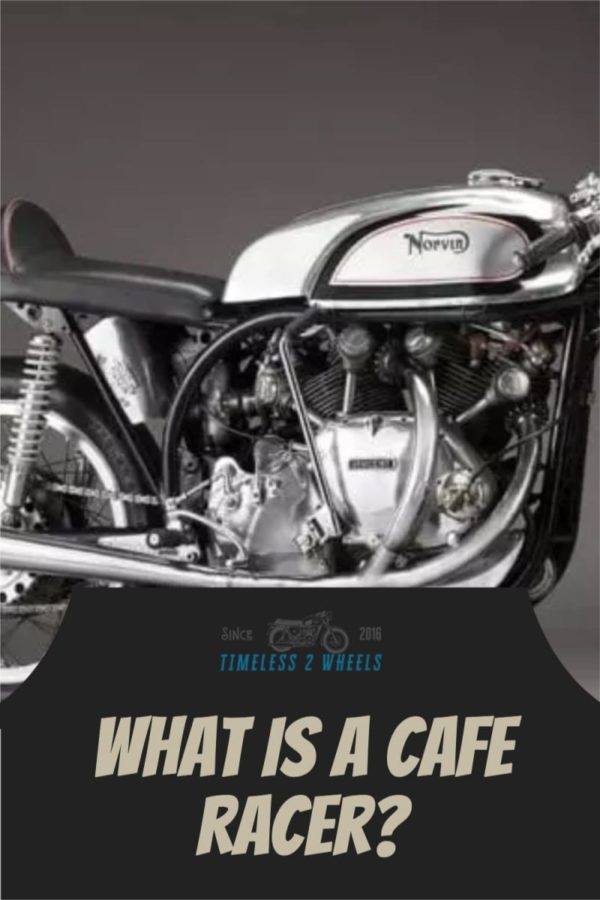 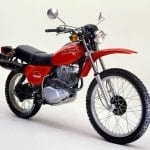 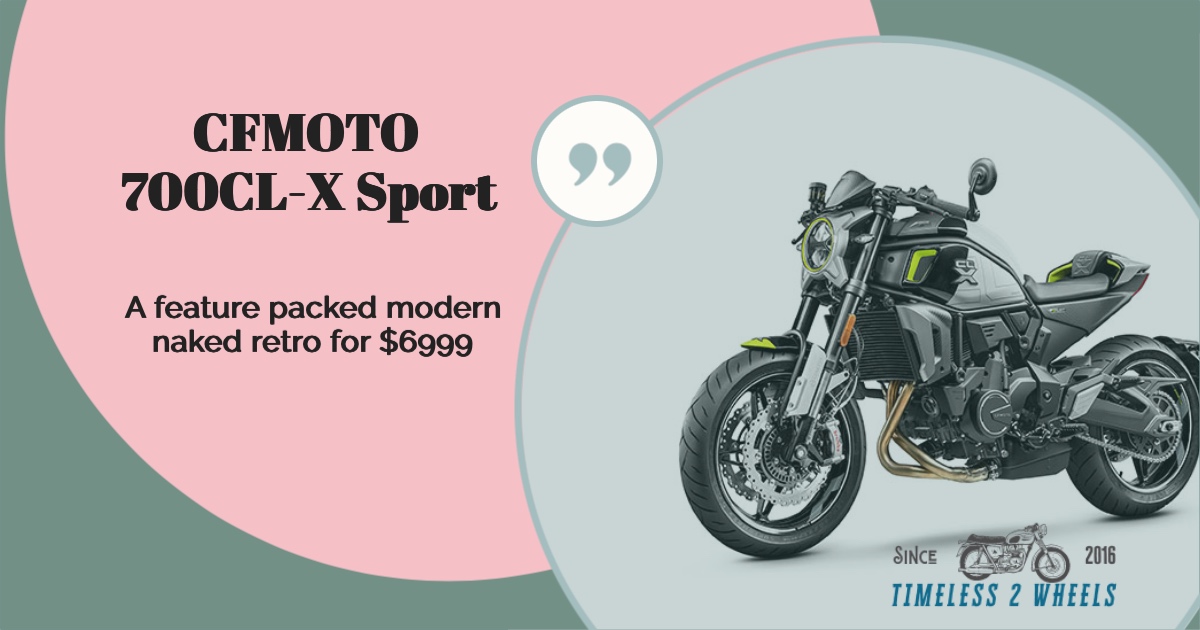 Branching out with a range of street bikes CFMOTO have released the 700CL-X Sport, a contemporary take on the café racer, that will give all other modern retro’s a run… 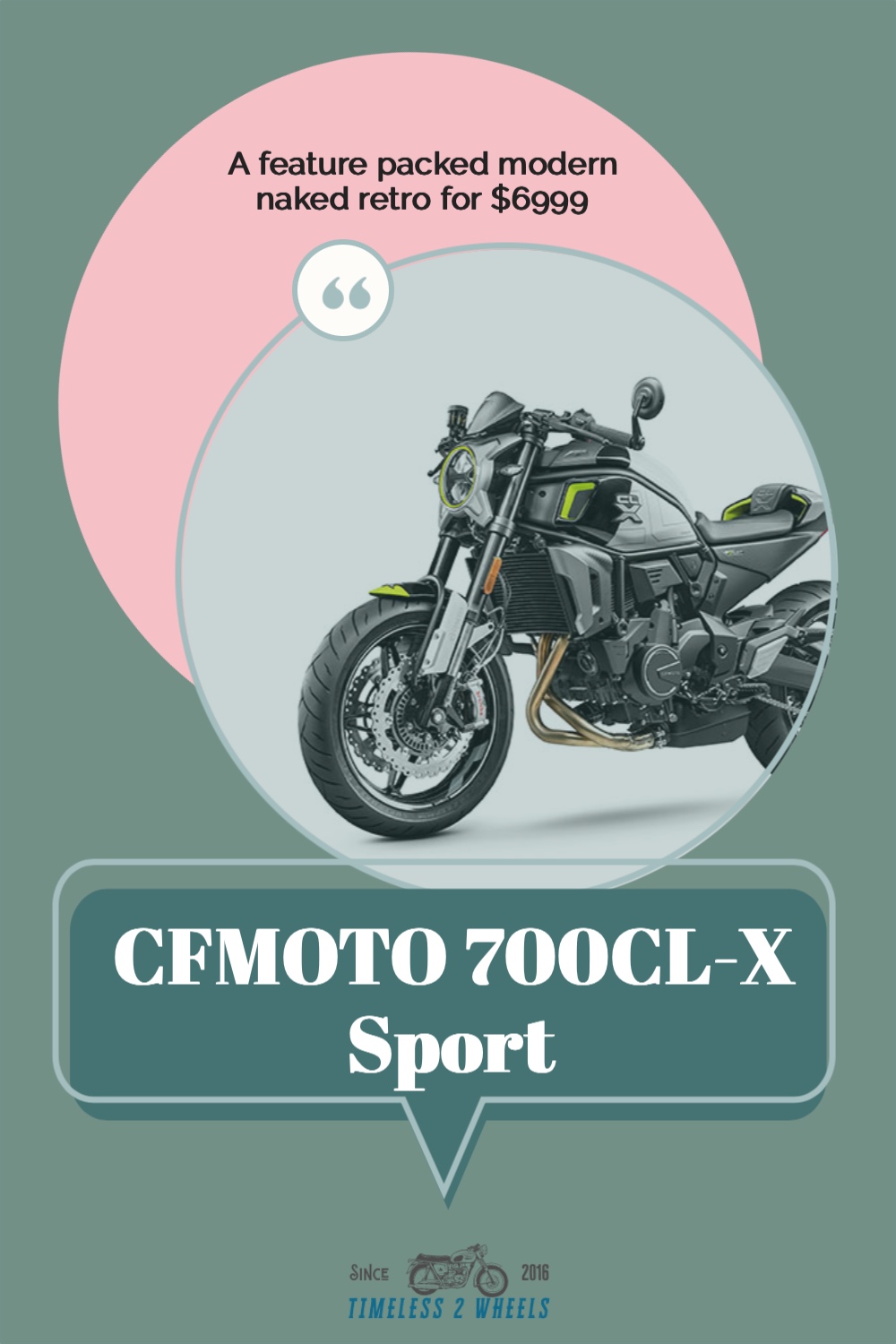 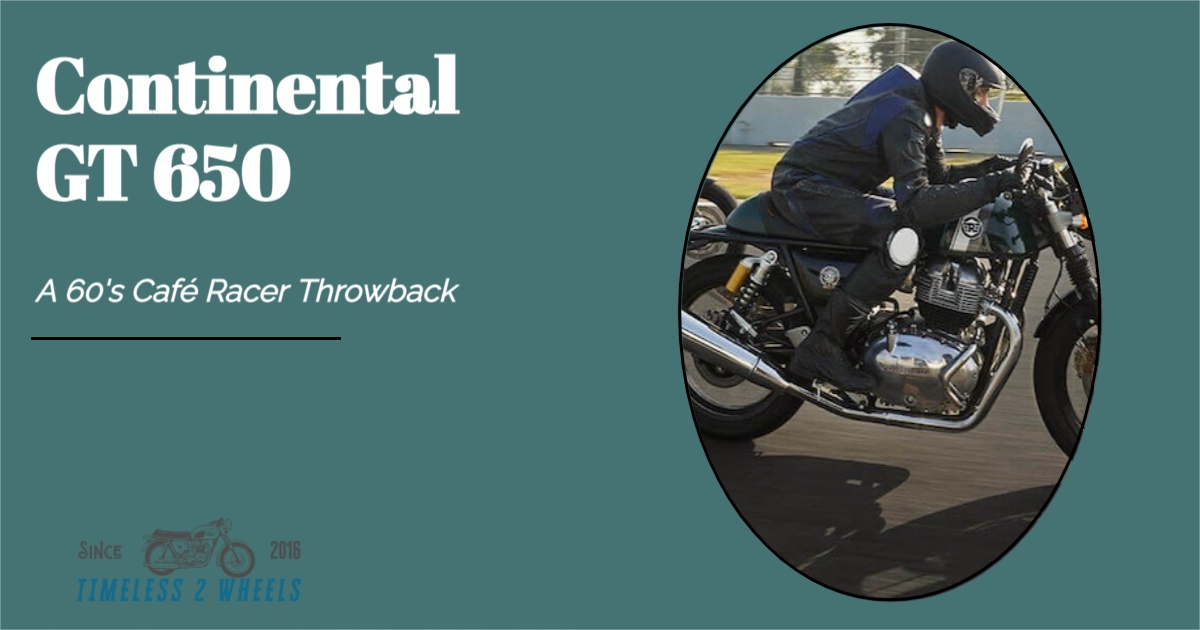 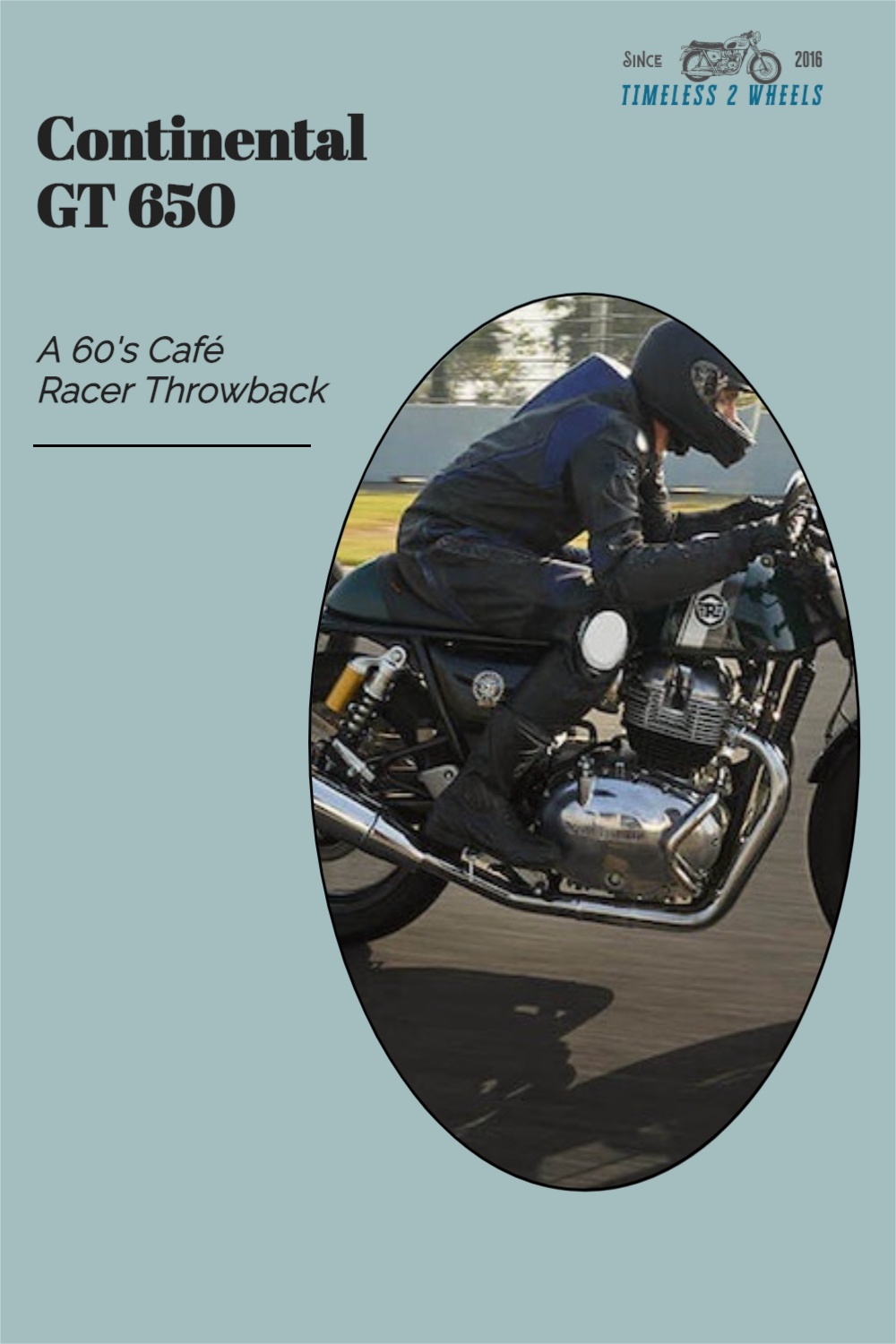 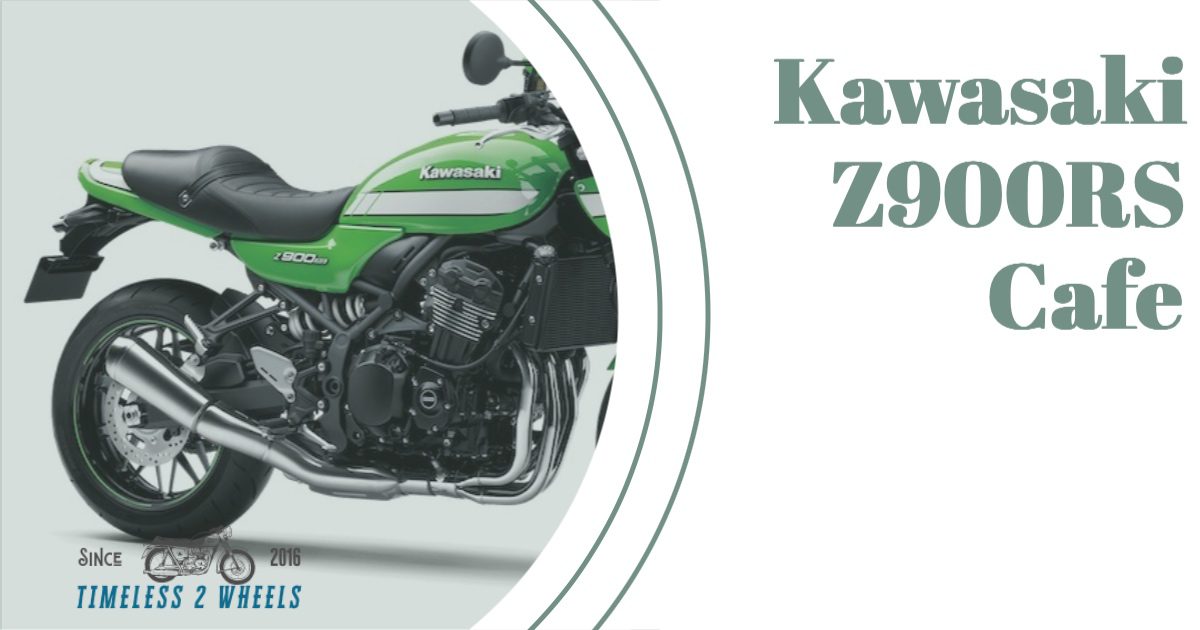 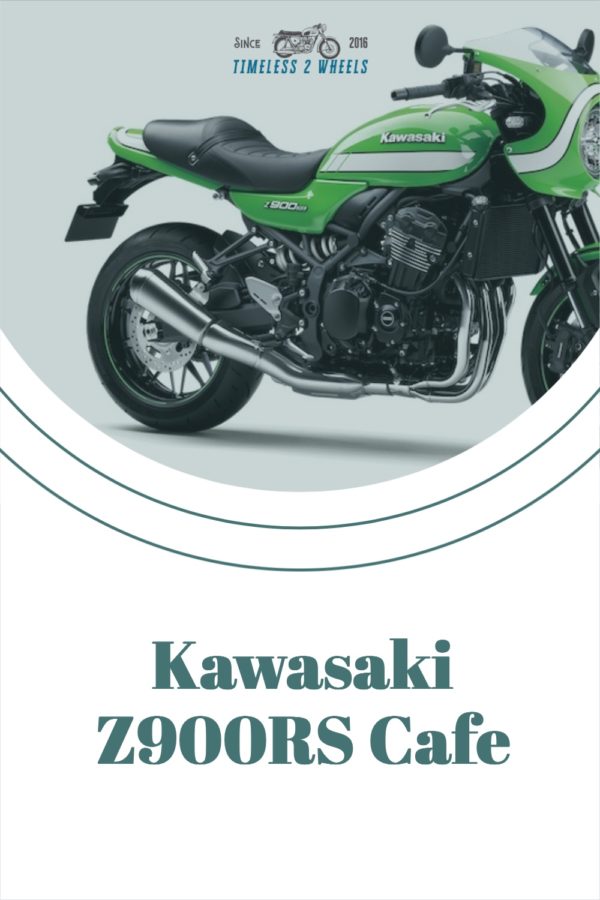