The Harley Davidson XR750 is an Icon. Dominating the flat track for decades, its impact on the motorcycle world should never be underestimated.

2020 marked 50 years since the arrival of the Harley XR750 and wow what a 50 years it has been for the orange and black rocket.

It’s inception was the result of rule changes by the AMA allowing both side-valve and overhead valve engines of upto 750cc in races. Harley found their previously successful Flathead engines were no longer dominating. This was further perpetuated by Gary Nixon winning the AMA Grand National Championship on his Triumph in 1968.

Harley needed a response and their answer lay in the Sportster-based XLR race engine which was already equipped with Overhead Valves.

The engine needed a lot of work to get it primed for the track and by the time the XR750 was ready it could only ever be deemed as ‘loosely’ based on the Sportster.

It was down to Dick O’Brien who was Harley Davidsons Race Team Manager and his team to create the perfect race bike by heavily modifying the XLR engine. They used modified cast-iron heads and cylinders.

Instead of using a generator, it was swapped to a magneto and the entire new system including improved oiling, was all compiled into a lightweight frame.

The biggest issue O’Brien faced was that the XLR engine was a 900cc and it needed to have its capacity reduced to the 750cc limit. So, Harley engineers got to work and decreased the stroke and increased the bore which brought the bike in just below the 750cc limit.

The iron cylinder heads proved problematic in the early days as they would lead to overheating issues. The new Harley was competitive in short races in cool weather, but long races in heat meant they didn’t fare so well.

By 1972, Harley knew they had to shift the iron cylinder heads to aluminum and make some changes to the engine to make sure it ran cooler. The new alloy cylinder head design was inclusive of larger valves. The new engine had the bore slightly increased again and the stroke also reduced.

To aid with engine cooling the exhaust systems were mounted high, far away from the carbs.

The XR750 was purpose built to race and to win, so aside from typical modifications like no front brake, the key was making sure it was lightweight. The dry weight of the bike was just 295lbs.

The tank was a small fibreglass 2.5 U.S Gallon unit. Wheels were spoked with aluminium rims and the bike had a low fiberglass seat. The original Sportster frame that was used as a base was modified significantly to be lighter, including reducing the backbone frame tubing diameter from 1.65” to 1”.

The XR750 would go on to earn itself the description of being the “most successful race bike of all time” and it wasn’t without the proof to back it up. From 1972 – 2008 the bike would win 29 of 37 AMA Grand National Championships more than any other motorcycle in racing history.

The legacy didn’t end there for the XR750 either as it also became one of the most famous stunt motorcycles in the world used by Evel Knieval. Evel adopted the bike in 1970 when it was brand new and he used it until 1976.

Harley Davidson went on to build the XRTT road racing version. It was heavily modified as the road racing bike needed to perform in different ways to the original. Initially the bike was fitted with drum brakes on the front but they soon changed to twin discs as the drum proved too heavy.

The XRTT was fitted with a racing fairing, bigger tank and aluminium oil tank. From its first go the bike delivered 80HP and this would grow to 100HP by 2008, the last of its competitive racing days. Top speed of the XRTT was said to have hit 145mph which was recorded at Daytona.

Harley also recognised the attraction of the XR750 from the track and went on to create production street bikes. The XR1000 had a 1000cc engine and sold for almost double what the standard Sportster was selling for at the time. It therefore didn’t sell particularly well and only lasted 2 years in production from 1983.

2008 the XR1200 was released and remained until 2013. It had a 90HP Evolution engine that was 30HP more than the standard Sportster. It was met well by Harley fans and the riding position combined with the power made for a practical riding experience.

However, the XR1200 was racked with reports of poor build quality and so it was discontinued in 2013.

Let’s take a look at the performance of the XR750 and in some detail at the awards and accolades it took home over the years.

This was more than enough to reintroduce Harley Davidson as a serious competitor in AMA racing, and then later on to dominate it. It was met by a raptious audience that were keen to see the American giants claim back race titles from the imposing Brits and Harley’s race team sure did deliver.

The XR750 attracted stunt riders due to its new engine and lightweight design but still being robust enough to withstand abuse. The most famous to choose the XR750 was of course Evel Knievel.

In 2015, Doug Danger used Knievel’s personal XR750 to jump 22 cars at Sturgis which beat Evel’s record by 1 car. Not only was that quite a feat for Doug Danger, but the real winner there surely has to be the 1972 Harley.

The Harley Davidson XR750 went on to win 29/37 AMA Grand National Championships until 2008 when it was retired from professional racing.

The last 4-stroke to win an AMA National road race was the XRTT-750 ridden by Cal Rayborn at the 1972 Laguna Seca National.

Rayborn on his XRTT also went on to win 3 of the 6 races in the Trans-Atlantic Match Race series and was joint on points for the lead overall.

The following are the only examples I could find at present:

Is restoring an early XR750 possible? Yes. Is it a good idea? It really depends on how much you want to put into the project.

Original parts are far from cheap and the same goes for replica parts, which is a small market. The biggest problem for a restoration project, would be finding your donor bike in the first place at a reasonable price, or indeed at all. If you are looking for a new personal project, and just something to get your hands dirty with, the XR750 probably isn’t the one for you.

If you happen to drop lucky and stumble on a barn find at your Grandpa’s farm then taking on a restoration would more than likely pay off.

Here are some parts for price examples found on eBay U.S:

Is an original XR750 a Good Investment?

There is no doubt as to whether a 1970’s XR750 is a good investment. The problem is that finding one is a struggle and when they do come available, they aren’t cheap.

I would suggest that if you have the money to invest and find one that is original such as the bike for sale with Hemmings mentioned earlier, you can’t go wrong. Value will continue to grow and the bikes will remain coveted by both collectors and motorcycle museums.

Safe to say your money would be safe if put into an XR750.

The fact is this, the Harley Davidson XR750 is an Icon. This holds true for those who are fans of motorcycle racing, motorcycle history, motorcycle culture and just cool motorcycles.

Albeit heavily modified, it was still a Sportster at heart and if you check out our previous article on the Harley Sportster you will know why I think they deserve respect, and the XR750 proves this even more so.

Would I like one? Yes. Is it likely I can afford one? Absolutely not, but we can all dream. 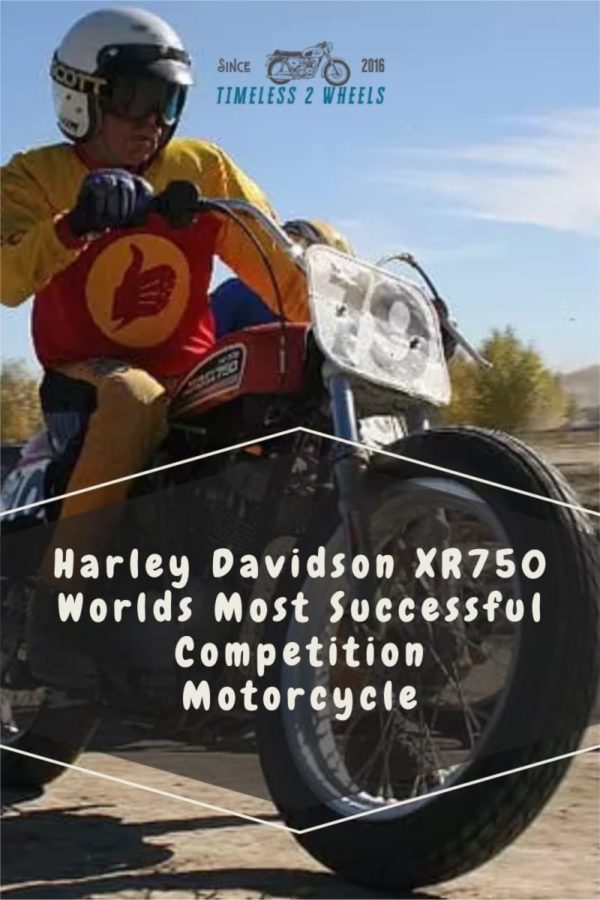 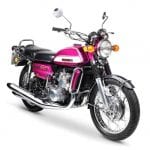 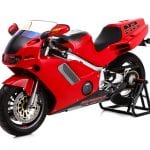