The Manx Norton was a racing motorcycle produced by Norton Motors Ltd from 1947 to 1962. It was created for just one single purpose, to win the Isle of Man TT.

History of the Manx Norton

The Manx name first appeared prior to the development of the Manx Norton on one of their earlier racing models, the “Manx Grand Prix”. This was a modified version of the road going International, with telescopic forks and a plunger rear suspension, magnesium for the crankcases and cambox, and came with both SOHC (single overhead cam) and DOHC (double overhead cam) engines.

Production of the Manx Grand Prix would run from 1936 until 1940, when the Second World War would halt manufacturing.

Once racing had resumed after the war in 1947, Norton changed the name of the Manx Grand Prix to simply; the Manx, offering the model as either a 350cc or 500cc. The Norton factory race bikes were prototype models, with a version available for privateers to purchase.

With motorcycle racing finding its feet in a post-war era, the big issue faced by privateers was the lack of bikes available for the 250cc class. The options they had at the time were outdated pre-war models or expensive offerings from Europe. Nothing was available from any of the British manufacturers.

Most opted to build their own machines using Norton’s more affordable, over-the-counter 350 cc racer and de-tuning the engine.

It was in 1950 that the Manx Norton became the racer that immortalised it into the pages of motorcycle racing history.

It was re-engineered with a new “featherbed” frame designed by the McCandless brothers. The new frame gave the bike high-precision steering, not seen on a motorcycle before, for fast flowing race circuits, allowing the Manx Norton to succeed against its competitors.

All Manx Nortons were hand-built by a team of less than 10 in Norton’s Bracebridge Street factory. Because of this time-consuming effort, they produced only 100 Featherbed Manx Nortons per season. Low production numbers meant that the Manx Nortons were only offered for sale to riders of proven ability.

In 1953, Norton was undergoing several changes having been purchased by Associated Motor Cycles (AMC). The Manx Nortons built that year came with a new short-stroke engine with just a few of the earlier models being the last to use Norton’s long-stroke engine.

This de-stroking took a major engine rework and the DOHC short-stroke engine would remain as the Manx Norton’s power plant until the end of its production life.

AMC pulled the Norton factory out of International Grand Prix racing in 1954. The popularity of the Manx Norton with privateers was still recognised by AMC who continued to produce the bike for sale in limited numbers, albeit with no further factory upgrades.

In 1962, AMC moved production away from racing completely to focus solely on its languishing sales. With electrical motorcycle components now more evolved and more difficult to source for older machinery, Norton needed to upgrade the now outdated Manx Norton. With AMC looking to reduce costs, they forced Norton to discontinue the Manx Norton with the final model leaving the Norton factory in 1963.

Manx Norton and the Isle of Man TT

The Isle of Man TT was Norton’s true love as a racing outfit. From Rem Fowler winning at the inaugural race in 1907, a Norton motorcycle raced at every TT event until 1973. A feat unrivalled by any other manufacturer to date.

Between 1931 and 1954, Norton won all but two of the Senior TT races, and was frequently on the podium.

Without a doubt, the Manx Norton was the most successful race bike for the British manufacturer. Although most of Norton’s success was an outcome of having a solid racing bike, the riders who rode them to victory also played a large part in this triumph.

Geoff Duke and Ray Amm both brought several victories to Norton at the Isle of Man TT in the 1950s with Phil Read and Mike Hailwood also contributing to those totals in the 1960s.

In 2014, Bruce Anstey rode a McIntosh-made 1962 Manx Norton replica to victory in the GP1 class at the Isle of Man Classic TT. Anstey also set the fastest lap of 108.1 mph, the best on record for a Manx Norton around the mountain circuit.

In 1949, Norton contracted Rex and Cromie McCandless, former racers and engineers, to build a new frame and swing-arm for their 500 cc racing machine, the Manx Norton. The McCandless brothers created a prototype frame in two months, where it was tested on the Isle of Man in the winter of 1949.

Creating a double down tube steel cradle with a swing-arm rear suspension, they made the frame of all-welded steel tubing instead of the common practice of heavy cast iron brazed lugs. It made the bike lighter, and its superior handling influenced frame design for decades to come.

The frame earned its now legendary name after the successful Isle of Man TT and British Grand Prix rider, Harold Daniell, described the bike’s handling as “like a feather bed” after his test on the new bike in 1950.

When multi-cylinder and 2-stroke bikes became the dominant force in motorcycle racing during the late 1960s, they left many racers at the sidelines with their big four-stroke single-cylinder racers.

The Vintage Motor Cycle Club (VMCC) had a restriction on bikes less than 25 years old during this era, which ruled many of the bikes out of Classic racing.

With nowhere left to turn the big singles went into retirement. Several years passed and in 1979, the increased frustrations at the 25 year ruling caused a splinter group to form the Classic Racing Motorcycle Club (CRMC).

The CRMC would relax the rules in order to cater for motorcycles that had three-cylinders or fewer without restricting on age. This change saw many of the big singles and relatively large numbers of Manx Nortons return to the track. Replica motorcycles could also race alongside the originals under special invitation.

For those interested in classic motorcycle racing in North America, the American Historic Racing Motorcycle Association (AHRMC), formed in 1989, fulfils the same role as the CMRC with their own variances in the rules and racing classes. Several Manx Nortons partake in the series with an excellent record of success.

With the sudden surge of Manx Nortons returning to racing, a successive supply of parts and services has appeared all around the world to nourish this demand.

The Manx manufacturing rights were given to Bernie Allen in 1989, after the death of Norton tuner Ray Petty. Bernie produced a limited run of Manx Nortons based on the 1961 model in 1992 and 1993 under the name Allen Norton.

Andy Molnar then purchased the manufacturing rights in 1994, who fabricated parts based on the original 1961 model. He later followed up turning out engines and then completed racing machines named the Molnar Manx.

With this resurgence of the Manx Norton over the past 40 years, more original models are being located and restored for their true purpose of racing with parts now easier to come by. The return of Norton’s greatest racer has continued its legacy and has achieved several victories on both sides of the Atlantic in various classes.

How Much For a Manx Norton?

Many of the original Manx Nortons were destroyed in racing or have been restored and are once again fulfilling their purpose. Prices of Manx Nortons are at an all-time high and have appeared to have hit a ceiling for the past few years. It’s an uncertain investment currently, with prices likely to stay where they are until classic racing becomes a thing of the past.

A road variant of the Molnar Manx, the Tonkin Tornado, was developed alongside ex-racer Steve Tonkin in 2011, with an alternator, kick-start, electric lights and softer engine spec.

This road going replica is available to order from Steve Tonkin in his workshop in Lancashire, priced around £34,000.

A replica of Bruce Anstey’s 2014 Classic TT winning Manx Norton is available to order from McIntosh at a hefty £50,000.

Having spent many seasons on the Isle of Man as part of the Marshall ‘Orange Army’ for both the Isle of Man TT and the Festival of motorcycling which incorporates the Classic TT and the Manx Grand Prix, I’ve had the privilege of seeing the Manx Norton in action at the place it was built to conquer.

I never really warmed to the Norton road bikes, I always felt they never innovated enough and played it safe with their designs. Their racing bikes though are completely different.

Rather than focusing on power, Norton discovered better ways to improve how their racers handled, spending time and resources to test and tweak each model to discover how each bike could perform to the best possible standard.

I’ve spent much of my time looking at classic racers lately. The Manx Norton would certainly be on my list if I was looking to purchase one, and yes, I would absolutely take it back to where it belongs for its first outing, the Isle of Man. 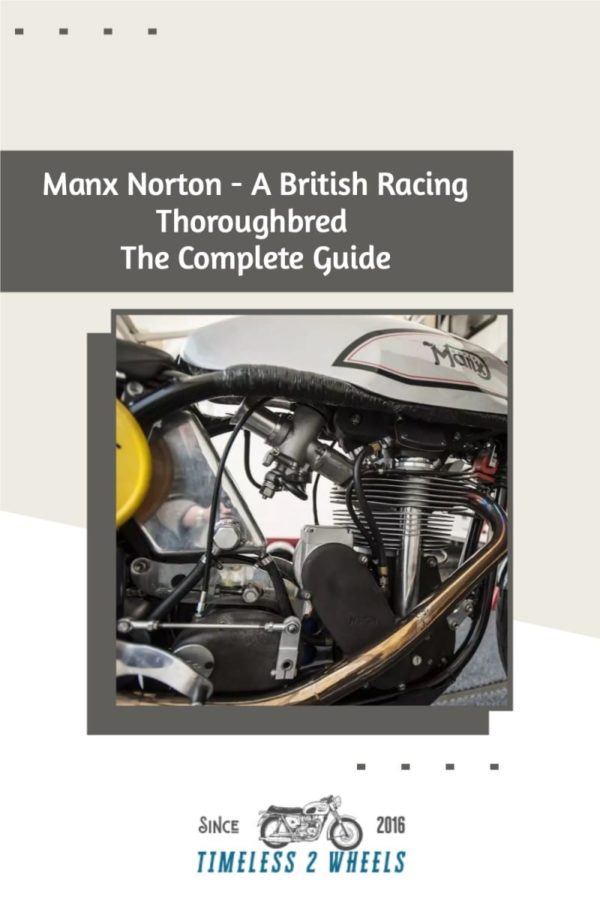 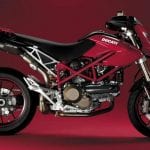 Ducati Hypermotard 1100: For The Thrill Of It 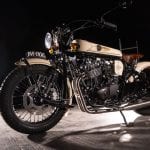 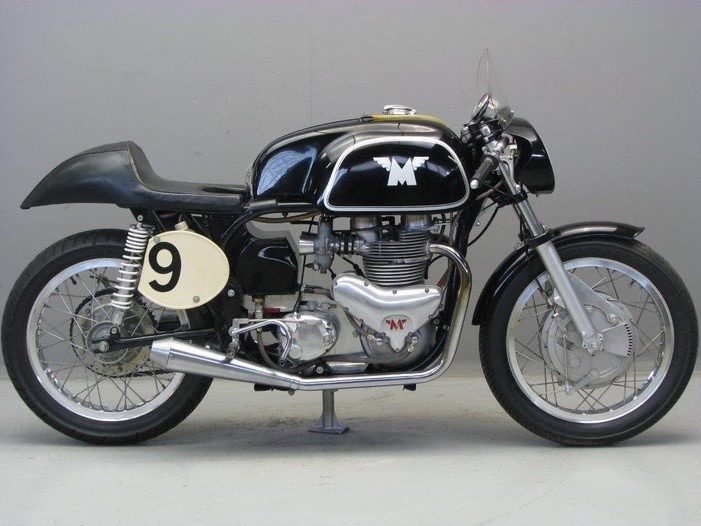 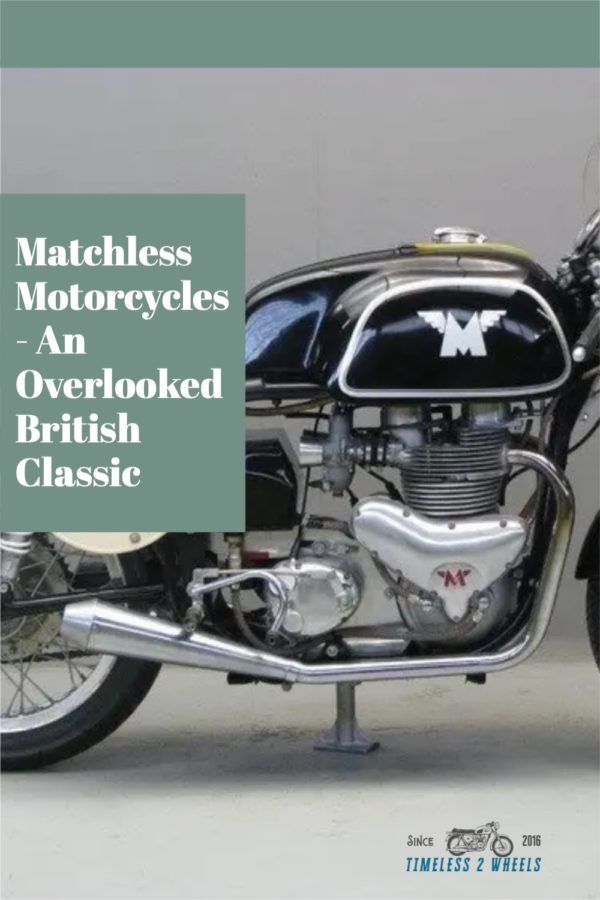