Kawasaki had a point to prove with the GPZ900R. Having been beaten to the punch by Honda in releasing the world’s first four-cylinder 750cc “superbike”, the CB750, they needed to raise the bar with the successor to their own popular 900cc superbike, the iconic Kawasaki Z1.

Spending several years in secret creating the perfect successor, Kawasaki finally unveiled the GPZ900R, the bike they had pinned their hopes on and a significant financial investment as well.

In 1983 Kawasaki pulled the covers off the first bike to bear the Ninja name and began a legacy that continues to this day. The result of a 5 year long top secret R&D project, the GPZ900R was Kawasaki’s successor to the popular Z1. Successor it may have been, but the development Kawasaki had ploughed into the GPZ900R made it a completely different machine.

The technical advances the GPZ900R had over its predecessor and other competition at the time included the world’s first 16-valve liquid-cooled four-cylinder motorcycle engine which, alongside a significant power boost, became a “stressed member”, meaning the engine and chassis worked as a centralised mass unit.

This greatly reduced the weight, improving the handling, acceleration, braking and top speed. Despite not being an original idea, racing teams had been using this practice for some time, Kawasaki were the first to utilise the design on a mass-produced road machine.

The 908cc engine produced 115 bhp which, along with its lower weight, allowed it to reach 151 mph, making it the fastest production bike at the time and first ever to exceed 150 mph. Drag racing specialist Jay “Pee Wee” Gleason also recorded a quarter mile time of 10.55 seconds, nearly two seconds quicker than predecessor, the Z1.

The GPZ1100, a larger capacity air-cooled bike in the same family as the new Ninja, transferred several features to the design of GPZ900R. Its Uni-Trak suspension and six spoke wheels along with the styling was partially carried over to help maintain a family lineage. The engine and down pipes remained visible on the GPZ900R but were painted and plated in black to draw the viewer’s eye to the bike as a single entity rather than parts bolted together.

The Uni-Trak suspension adopted from the GPZ1100 combined with a crankshaft counter-balancer made the GPX900R smooth and comfortable to ride in cities with minimal vibrations. Long-distance riding was also an option with the aerodynamic fairings and touring riding position.

Kawasaki were continually developing and bringing out new models during this era in an effort to be at the top with their sportbikes. This meant that the GPZ900R was quickly succeeded by the GPZ1000RX in 1986. Despite the new RX taking the flagship title, Kawasaki continued to manufacture and update the GPZ900R. Changes to the forks, wheels, brakes and air-box were applied to the bike until it was finally discontinued in Europe in 1993, America in 1996 and its home country of Japan much later in 2003, two decades after it was first released.

At the Track, in Print and at the Movies

Three months after being unveiled to the press in December 1983, three works GPZ900R bikes were entered into the Isle of Man Production TT finishing in first and second place.

When it hit the showrooms later in 1984, the GPZ900R quickly became the topic of discussion in the motorcycling world. The original Ninja would become “Bike of the Year” for several publications that year, and held the title of fastest production bike in the world with a top speed of 151 mph.

What really brought the ninja to the public eye and helped it achieve cultural icon status was the 1986 movie “Top Gun” in which the GPZ900R featured.

The GPZ900R had a few flaws over its lifetime so if you are looking to purchase one of the original Ninjas, there are few things to look out for.

The deterioration on the black chrome exhaust is the first port of call. These are no longer manufactured and a professional repair job is pricey if you want the job done well. Avoid any that you’re not happy with the finish on.

Overheating was a common issue in hot weather or heavy work in and around cities. A common fix many owners installed was a manual fan switch to help overcome this.

The starter clutch deteriorating is another common flaw with the GPZ900R, preventing the bike from starting. If you come across this in your search, walk away, unless you’re willing to dismantle the engine to access the sprag clutch which lives deep within.

The 1984 and 1985 models earned a reputation for pitting cams (where the surface areas of the cam are pockmarked with scattered holes). Kawasaki fixed this by fitting wider-diameter oil pipes but never recalled the earlier models. Something to be aware of if you were looking at either of the earlier models.

Locating parts for the GPZ900R is a breeze. 95% of parts are still available new online from various suppliers, however they are a bit costly with a genuine painted fuel tank priced around £700.

If this is outside your budget, do not despair, there are literally thousands of second-hand parts on eBay including a dedicated shop, exclusively selling GPZ900R parts. An unpainted fuel tank here is much more affordable at £120, the only catch is you’ll need to get it painted yourself.

Will The GPZ900R Make a Good Investment?

Prices have remained static for years, with an exemplary restored model fetching around the £5,000-5,500 mark. Despite the fame achieved by the GPZ900R at its launch, it has never really had its moment to come around again to be categorised as a “classic”. Maybe that day will come soon, we’ll have to wait and see.

If you’re looking for an iconic project without worrying about making a profit, the GPZ900R will suit you well. You can easily pick one up in need of a bit of restoration for £1,500 – £2,000. With some time and a cash injection, these could certainly be returned to former glory and sold on again once you have had your fun without financial loss.

Over my motorcycling years, I’ve ridden several of the Ninja family and even owned a few along the way! You could certainly say I am a fan of this particular bike family. I still haven’t been able to jump onto the GPZ900R, however I did own its successor, a 1998 ZX-9R C2 and rode it’s smaller sibling, the GPZ600R.

If I used my experience of the GPZ600R as a benchmark then my best description would be “underwhelmed”. All the components are there, powerful engine, smooth delivery of said power, low down weight etc. And yet every single part feels like it could be just a little bit better, as though it could have been amazing but the bean counters told the engineers to build it to a slightly cheaper budget.

They could have improved its look as well. For me its angles are too rigid and lack the flowing curves of superbike fairings we’ve come to know and love.

If I were to reinvest in the Ninja family, the GPZ900R just wouldn’t be the bike to do it. It was certainly special in its time and turned many heads when it was launched. And yet, it quickly became overshadowed completely when the Honda VFR750R was introduced to the biking world in 1987.

To rekindle my Ninja collection it would have to be the ZZR600, the Ninja that sparked my want of one of these amazing machines, or the increasingly rare ZX7RR. Both have seen an increase in value over the last few years and with the number of ZX7RRs reducing in the market (Only 500 were made for homologation) this Ninja’s value has doubled since 2017. If there are any out there for sale, now would be a good time to invest. 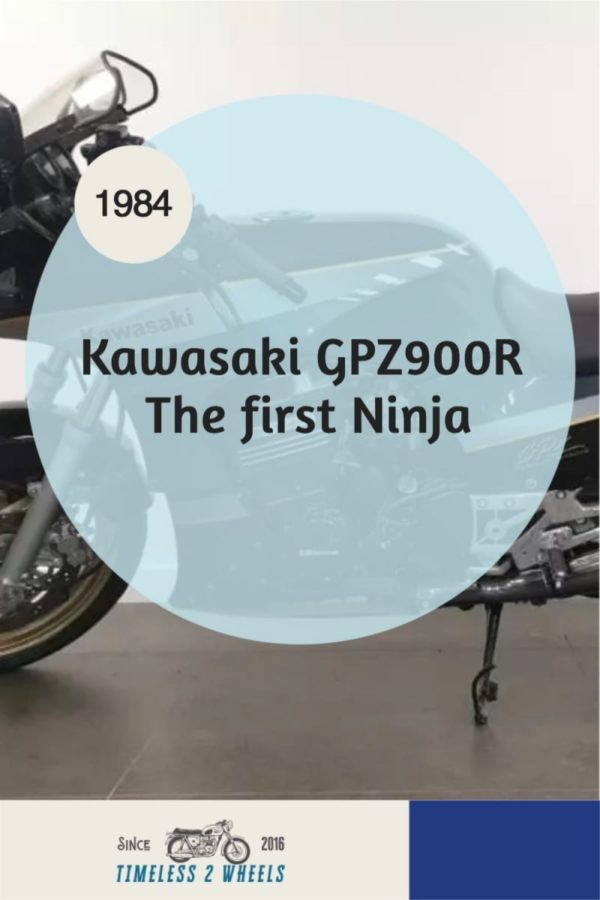 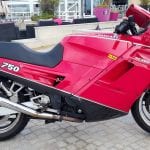 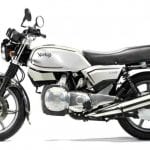