The Kawasaki KZ650 (or the Z650 outside the US) was one of the most popular motorcycles of the 1970s. Affordable, quick, reliable and it made Kawasaki’s Z series accessible to those who didn’t want the full power or weight of the original Z1 or the later KZ1000 (Z1000).

If you are anything like me, you will find chasing the red line on a smaller capacity bike is much more fun than never being able to use the full potential of a big capacity engine. Top speed may be a little lower but getting there can be a lot more fun.

We have to go all the way back to 1976 to see how this iconic classic from Kawasaki came to be, let’s get into it.

History of the Kawasaki KZ650

The bosses at Kawasaki had been astounded by the success of the Z1 and knew they needed something of an equal standard that could follow in its footsteps and be as successful.

So, they turned to the man behind the Z1, Ben Inamura and instead of aiming for the 750cc class they turned the tide and went back to revitalise the 650cc.

The decision was a wise one as dealerships were stacked to the brim with middleweight category bikes such as Honda CB400’s and Suzuki GS550’s, then a sudden leap to the 750cc and 1000cc classes.

The aim of producing the Kawasaki KZ650 was to sit right in the middle targeting those who wanted and could afford a middleweight category bike and tempt them to buy the biggest capacity machine they could get a hold of; while simultaneously stealing some of the custom from the bigger bikes in the form of those who couldn’t afford or didn’t want quite such a big machine but did seek high quality performance.

The predominant difference between the Z1 and KZ650 engine was that the 650 used a plain bearing crankshaft and a primary drive instead of the gear driven unit of the Z1.

Braking was in the form of a single disc up front and drum at the rear which was more than enough to stop the light 650 Kawasaki. The bike was released in two striking colours Candy Super Red and Candy Emerald Green.

While definitely smaller in capacity than its big brother the KZ650 was still a physically big bike, but thanks to it’s relatively low slung seat and clever design the bike could deceive riders into thinking it was smaller than it really was when in the saddle.

It was also significantly more balanced than the Z1 and the chassis, though derived from the Z1, had tubing that was structurally larger in diameter (except the swingarm), this meant it was much stronger and there were no complaints of flimsiness. The chassis worked in harmony with the performance and the bike handled like a modern motorcycle.

The original KZ650 remained in production until 1983 and there were very little variations across the model years with simple upgrades being the main changes such as twin discs upfront for 1978. The second year colors proved unpopular and the design team soon returned to the original paint schemes.

The 1979 D2 model was a custom version with high bars and 16 inch rear wheel.

In 1980 a US model known as the KZ650 LTD was released with reduced power and a return to a single disc up front. In 1982 the ‘CSR’ – a cruiser come chopper style version, was released in the US with styling similar to the above but with the addition of wire wheels.

By 1983 the GPZ range was ready to take the torch from the KZ650 and it gracefully handed it over after a pretty successful run.

The KZ650 was a popular motorcycle thanks to its affordability, reliability and performance. The bike performed with the best of the 750cc bikes on the market but had the agility of a 500 which was a winning combination for both press and public.

Kawasaki laid on a formal press launch of the KZ650 the first of any Japanese machine and it excited the motorcycle world’s journalists. 30 of them made the journey to Scotland for the unveiling and the bike didn’t fail to impress.

Ingliston Race Circuit just outside of Edinburgh was the chosen destination and the circuit proved to be the ideal situation to show off the new motorcycles capabilities. The bike powered up the quarter mile in 14 seconds, which was just less than 1 second slower than the Z1.

While no race wins or awards, the Kawasaki KZ650 remained a staple in the company line-up for 7 years, more than earning its worth. The race wins were being left to the GPZ range which would eventually take all the focus from the KZ650.

Compared to the original Z1, finding a KZ650 is much easier and more affordable as they are often considered an overlooked classic, perhaps due to the age-old concept that bikers will always try to buy the biggest most powerful bike they can. This is, however, great news for those looking for an original Kawasaki KZ650.

In the US prices are significantly cheaper with the average being around $4,000. This example advertised on Cycle Trader priced at $3,649 is in good condition and being marketed as a collectors model.

KZ650’s have become popular as a base for building a cafe racer and therefore there are plenty on the U.S market for around $2000 that have been customised to fit that aesthetic. At that price it wouldn’t be a bad choice to pick one up as your donor bike and re-build to original condition; parts are plenty available and affordable.

Alternatively you may be able to find a cheap ‘barn find’ such as this one on Smart Cycle Guide for $1,000 which is the perfect original base for you to restore back to its prime.

Z1 Enterprises is a great resource for original parts for all classic Kawasaki’s for those in the US. CMS in the Netherlands are a worldwide distributor of classic original parts and they also cater for the KZ650. eBay is another great source for parts and it is worth noting that there is a healthy replica parts market should you come unstuck trying to find an original part.

An example of parts prices on eBay are as follows:

From my perspective the Kawasaki KZ650 makes an ideal restoration project for a first-timer who wants to give it a go. Parts are cheap and so are the motorcycles. What you could be left with after a bit of elbow grease is a really cool, high-performing 70s icon.

Is an Original KZ650 a Good Investment?

The KZ650 is a great bike for those who want to own a piece of Kawasaki history without the expense or trouble of finding a Z1.

Popular models to be on the look out for are the 1978 model with twin-discs and those that are in the original Candy Super Red or Candy Emerald Green paint schemes.

The LTD and CSR versions in the US are also good bikes to treat as an investment, thanks to their exclusiveness to the US there are less of them around.

It is unlikely prices will rocket but there should be a slow increase in value of this classic as years go by. Further to which riding an original Kawasaki KZ650 remains to be a barrel of fun and isn’t a classic that feels too far removed from a modern bike, so all riders should be comfortable handling one of these.

I love it. Not much left to say surely? Kawasaki nailed it, much like the Z1 and later KZ1000. The difference being that this is a bike I could physically manage, ride, enjoy, ride some more, and then take home to clean meticulously to make sure the paint work truly shines bright.

In writing this article with each sentence I believe I have sold myself on which Japanese classic I will be adding to my garage. Maybe I will be the crazy one who turns it into a Chop? 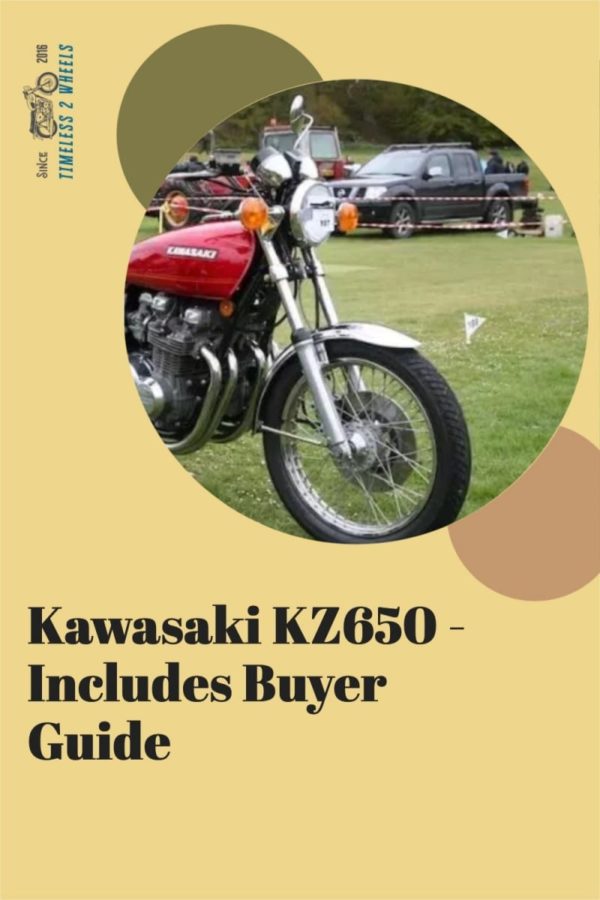