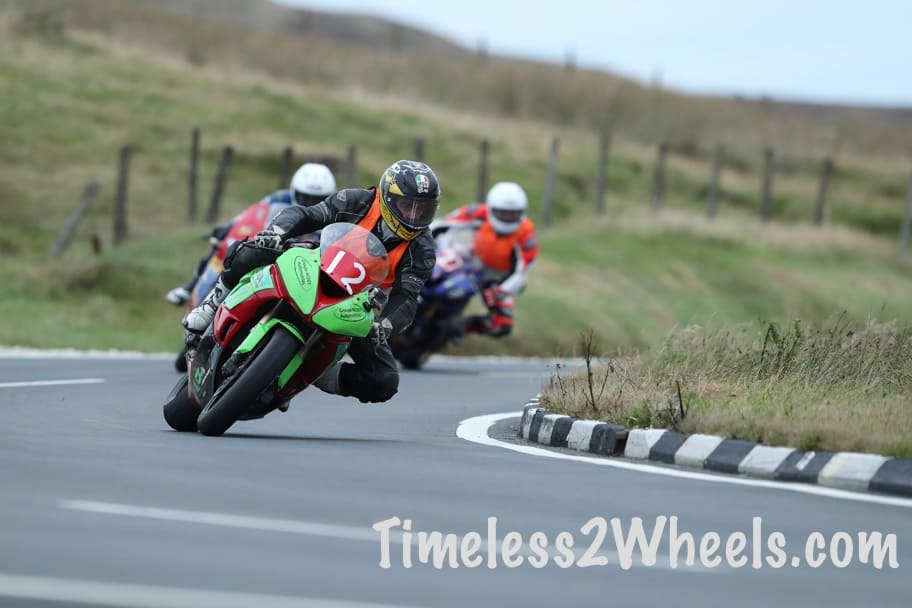 Since 2013 the Manx Grand Prix has been part of the 2 week IOM Festival of Motorcycling. Raced over the same 37.73 mile mountain course as the Isle of Man TT it is often used as a stepping stone towards competing in a TT.

It comprises of the Manx GP Newcomers, the lightweight Manx GP, the Junior Manx GP and the Senior Manx GP. All are over 4 laps.

The Manx Grand Prix was first organised in 1923 by the Manx Motorcycle Club for amateur racers.  The club had voiced concerns that amateurs were being muscled out of the TT by the big manufacturing teams of the day.

In 1930 the meeting got it’s current name – The Manx Grand Prix.

The Manx Grand Prix is a great alternative to the hustle and bustle of the TT Festival. Especially as it is now part of the Festival of Motorcycling which also includes the Classic TT, The Festival of Jurby  and other motorcycling events.

Although the beer tent is up at the Grandstand, Bushys and The Hooded Ram in town are not.

As well as being less busy, you will also find it cheaper than a visit to the TT. Accommodation and travel is easier to source too. 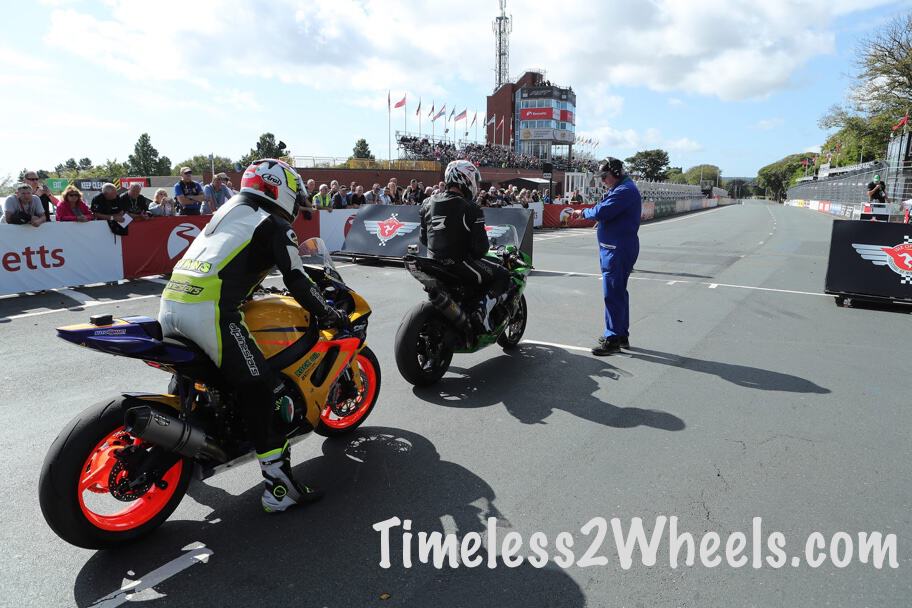 The temporary TT campsites are again up and running for the 2 weeks and Homestay is also available. You can read about Homestay and my other tips on where to stay here.

MGP visitors in general are a more knowledgeable crowd than the TT visitors. The pubs are empty of bikers during both practices and races and there isn’t the stag party atmosphere you get at the TT.

In 2019 the Manx Grand Prix and the Classic TT will be held from the 17th August to the 30th August.

A 50 something born again biker who as a 17 year old cut his teeth on a KH250 before seeing the light and moving to more sedate Triumphs. Owner of several standard and custom pre-unit Triumph's before hanging up the helmet in the early 90's. Having fallen back in love with modern bikes since the retro naked's started appearing, Ancient Hippy began Timeless2Wheels.com in the hope it might help inspire others to climb back into the saddle.

link to Norton Motorcycles - The Story From First To Last

With the sad, yet perhaps expected, news of the administrators being called in to Norton Motorcycles, I thought that now would be a good time to reflect on what could have (should have?) been a...

As a 70's teen I was raised on UJM's and old Triumphs until life got in the way as my 30's fast approached. After nearly 20 years on 4 wheels I began to get the 2 wheel bug again when the retro naked bikes started appearing. The original idea of this blog was to record my path to picking out a new ride. Having made my choice a couple of years ago Timeless2Wheels continues to grow and is now a popular resource for both returning and new bikers.