I knew when the opportunity to write about the legendary Yamaha Virago came up, I had to jump on it. Yes, that’s right, I said legendary, the Virago has an unmissable timeless cruiser silhouette and various engine capacities to suit everybody.

It isn’t the prettiest, fastest, most premium or best of anything motorcycle in the world but it is a staple, reliable, iconic bike that deserves some attention and respect so I’ve put together an article that hopefully does just that.

We will start on a journey with a review of the Yamaha Virago, covering the various sizes, look at prices and a short buying guide before a glance at the grip the Virago has on the custom motorcycle scene. Let’s get started.

During the 1970’s bikes coming out of Japan had been labelled as “Universal Japanese Motorcycles’; not necessarily a derogatory label but one that lumped motorcycles coming out of the big four Japanese factories as very similar in design, speed, concept etc.

By the mid-70’s consumers were getting a bit bored of nothing new coming out of the factories, other than different engine capacities the bikes pretty much all looked the same. While at the same time there was an intersection with the American V-twin market, that was seeing stock bikes being turned into choppers.

Think peak popularity of Easy Rider, with long forks, small front wheels, steep rakes, custom paint and seats; the very nature of a V-twin cruiser lends itself to being low-slung and chopped. However, fans of the Japanese marques were quick off the mark in following suit. Suddenly there were Yamaha’s and Honda’s with Ape-hanger bars, forward pegs, and custom seats.

After extensive research and requests from salesmen and designers, Yamaha responded to the American market predominantly; with high bars, chrome, sissy bars, extended front forks among other bits, all of these features were added as stock. It was soon clear that these new features were causing the motorcycle to sell better than the base machine.

Yamaha cottoned on to the trend and decided that the way forward to break from the UJM mold was to throw in a V-twin cruiser of their very own. It wasn’t that the UJM was disliked but the US market had a gap for a V-twin air-cooled cruiser at a more affordable price.

The first model released in 1981 was the xv750 with a 748cc capacity which was the most popular engine size in the US at that time.

The engine had a 75° V-twin with a displaced rear cylinder, specifically designed as such because it was noted the design creates optimal balance between wheel axes, vibrations and the centre of balance. It was also more efficient for cooling the rear cylinder.

According to this Yamaha Virago Blog “In 1982 Harley Davidson, scared by the overrun of Yamaha’s Virago and other Japanese motorcycles on American market and threats to their sales by similar but more affordable Japanese models, asked the government to raise the import custom taxes for foreign motorcycles over 700 ccm.”

In order to get around this until the import taxes were lifted in 1988, the Virago 750 was reduced down to 699cc. The 920cc increased to the 981cc and this is the model that would become the Yamaha Virago 1100.

It was 1987 when the xv535 was released and remains one of the most popular versions in the UK.

Initially, the Yamaha Virago was one of the first motorcycles with a mono-shock rear suspension but this was later updated by 1984 to a dual-shock design. Along with this change, they had new tanks, new wheels, and overall had much sleeker chopper style look to fit in with the trend and further encroach on the Harley Davidsons dominance over the V-twin market.

Upon the release of the xv1100, Yamaha had the styling right “Most dealers have already sold their last model and are clamoring for more.” Cycle.

It had taken a few variations, adaptations, changes but eventually what the results from the market research had asked for Yamaha delivered.

“In fact, during our 2000 mile-long test of the Virago, a period that included countless roadside critiques, no one had anything but good words for the bike’s styling, and most fell in love with it. If the Virago were a movie, Steven Spielberg would have directed it; that’s how popular this bike seems to be with mainstream America.”

So styling across the board was on point but none of the Virago’s have been perfect much like most motorcycles there is always something. Ergonomics became a problem on rides that went over an hour.

Front pegs, high bars, low seat, kept the rider in an upright position fighting head on winds which can cause great fatigue. The seat was also a bone of contention as it looked very inviting but many riders complained about it being no good after a period of time.

Starter problems also plagued the early Virago’s, but Yamaha was quick to address this and it was soon resolved.

Handling is generally considered average neither shoddy or amazing, but like most cruisers of the era that is to be expected. It can be argued that only more recently has cruiser handling improved with more sports bike like precision handling.

The xv250 is considered one of the greatest lightweight cruisers and is also one of the most modified, with machines being turned into all sorts of weird and wonderful things including cafe racers.

While the xv535 at the time didn’t see much traction in the US or the xv750/700 for that matter, in the UK and Europe they were popular due to their affordability and cool looks. The xv1100 was the turning point in the US where the public got on board with the concept as there wasn’t much they could argue with.

Motorcycle News rates the 535 at 5 stars on their rating scale and these are what they consider the models highlights:

They go on in their review to say “The XV535 Virago may by modern standards be slightly basic, but it’s trusted, easy to ride and with unchallenging but enjoyable performance. It’s also a great value for money motorcycle and perfect for newbies or laid back commuters.”

Which is exactly why the Virago is loved by the custom scene which you can read about a bit later. It isn’t ramped with tech, far from it, its basic but overall an excellent motorcycle that is fit for purpose, across all the capacities, isn’t that enough to want from a cruiser, where the very nature is to sit back, ride, and forget it all?

What CC is the Virago?

Over the years since its first release Yamaha have branded several motorcycles with the Virago namesake with a whole host of different engine capacities, from 125’s to 1100’s.

The list of Yamaha Virago’s is compiled of the following:

Does Yamaha still make the Virago?

The Yamaha Virago is no longer in production and has not been since 2007, the last model standing was the Virago xv250. In 2008 this became the V-Star 250 and is the only motorcycle that has lineage back to the original Virago to date.

How much is a Yamaha Virago worth?

Virago prices vary significantly, not only is there mileage, condition and all the usual aspects to consider but there are many engine capacities that affect the value of the various models too. I have put together some average prices across the different engine sizes and years to give you an idea:

The 2021 Yamaha V-Star 250 which can be traced back to the Virago originally, currently sells from $4,499. If you are a creature of preferring originals over copies or what some would say evolution, a low mileage Virago xv250 for the same money might ooze that extra bit of cool. Or for half the price you could get the xv1100?

I shall own it immediately. I am biased on the topic of the Virago being a great custom bike choice. Why? Well, I am on the hunt for a 535 or 750 to use for my trial trike build; before I go hell for leather and broke on a HD or Indian custom build.

The bikes are cheap, yamaha parts are cheap (mostly) and readily available.

The Virago’s naturally lend themselves to Bobber projects thanks to the stance they hold. The same goes for them being a very natural choice for choppers.

The fact is the bikes are easy to work on, cheap to buy to start with and stylistically are already pretty cool. There is no denying for example putting a 535 and HD Sportster side by side, that you would be hard pushed to not draw comparisons.

The Yamaha Virago was also introduced at the peak of the Chopper scene and provided an alternative option to all those home builders who wanted to give it a go without paying Harley prices.

This custom 250 is a pretty cool example of what can be done with even one of the smallest Virago’s. Just take a look how they have placed the “small” engine at the forefront.

It’s not just Bobbers and Choppers the Virago is good for, as this Cafe Racer proves. This one is a head-turner for sure.

The Virago’s versatility is what makes it so great as a donor bike for any project, much like a chameleon it can adapt to its surroundings and make things work. Which is hopefully why one is going to make me the perfect practice trike build.

You may have guessed I’m a big fan, but not without good cause. The Virago continues to stand the test of time, with a timeless design and near flawless reliability factor.

They are bikes capable of helping riders get out on 2 wheels and learn to ride, to put a smile on your face for a commute, take you across the country or be the custom bike you always wanted to build.

The Yamaha Virago isn’t half bad, despite being underrated and under appreciated. 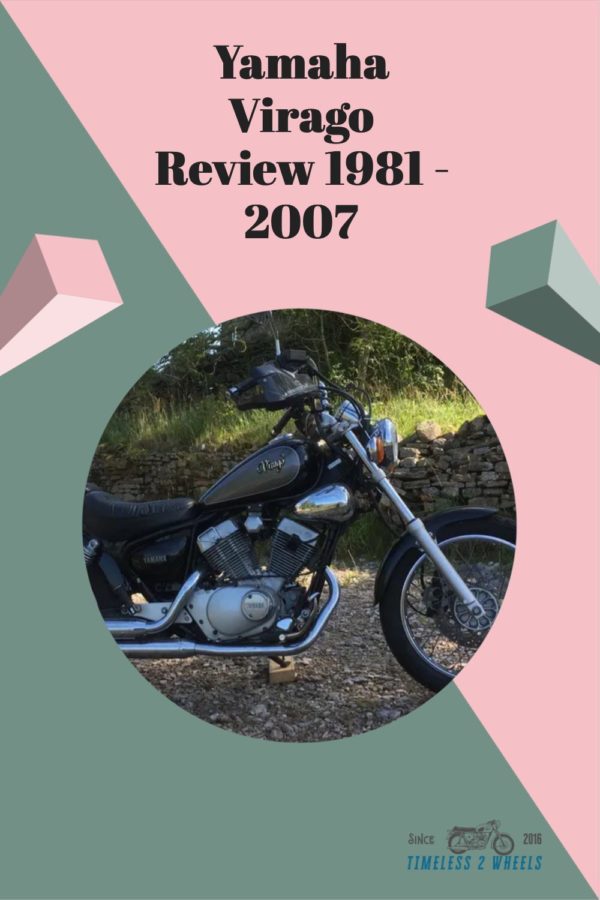 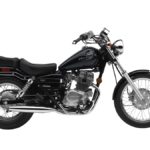 The Suzuki SV650: The Beginner Bike For Pros 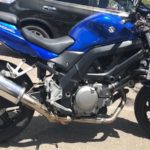 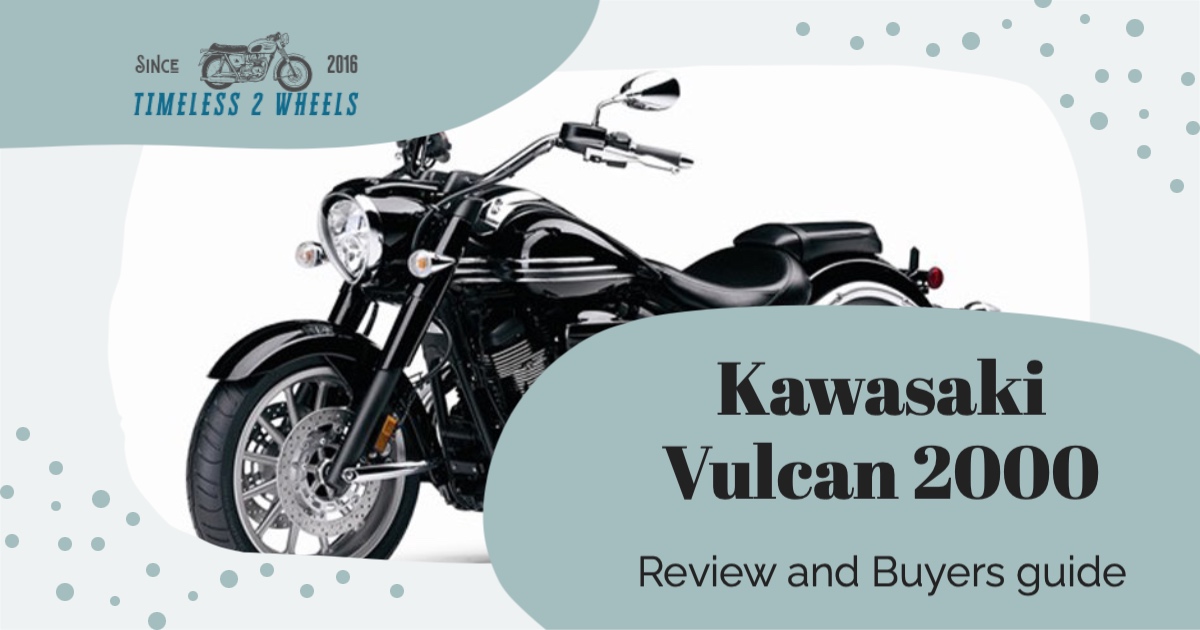 By the time 2004 rolled around Kawasaki had been producing bikes under the Vulcan name for around 17 years. The Kawasaki Vulcan 2000 was sixth in the line to carry… 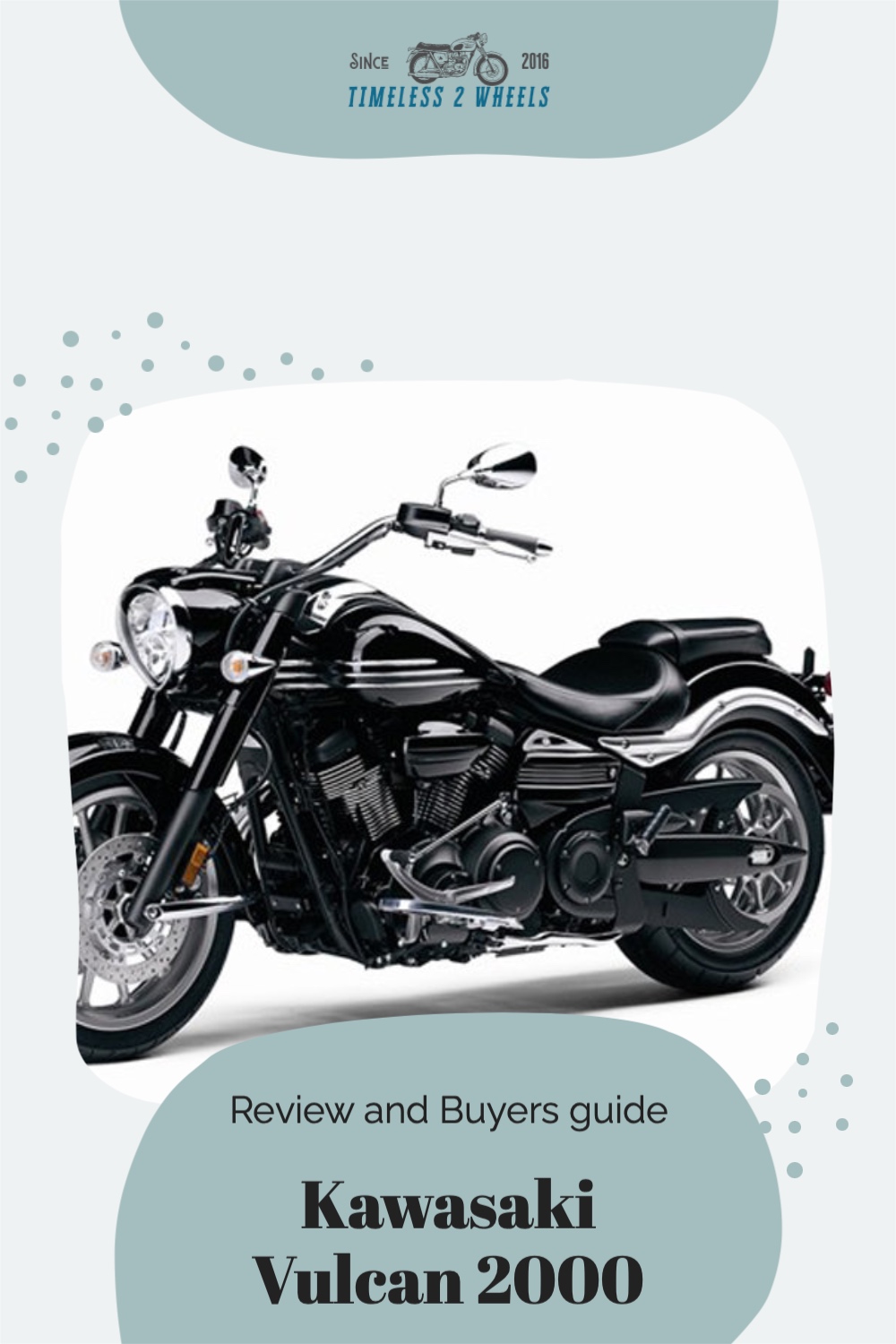 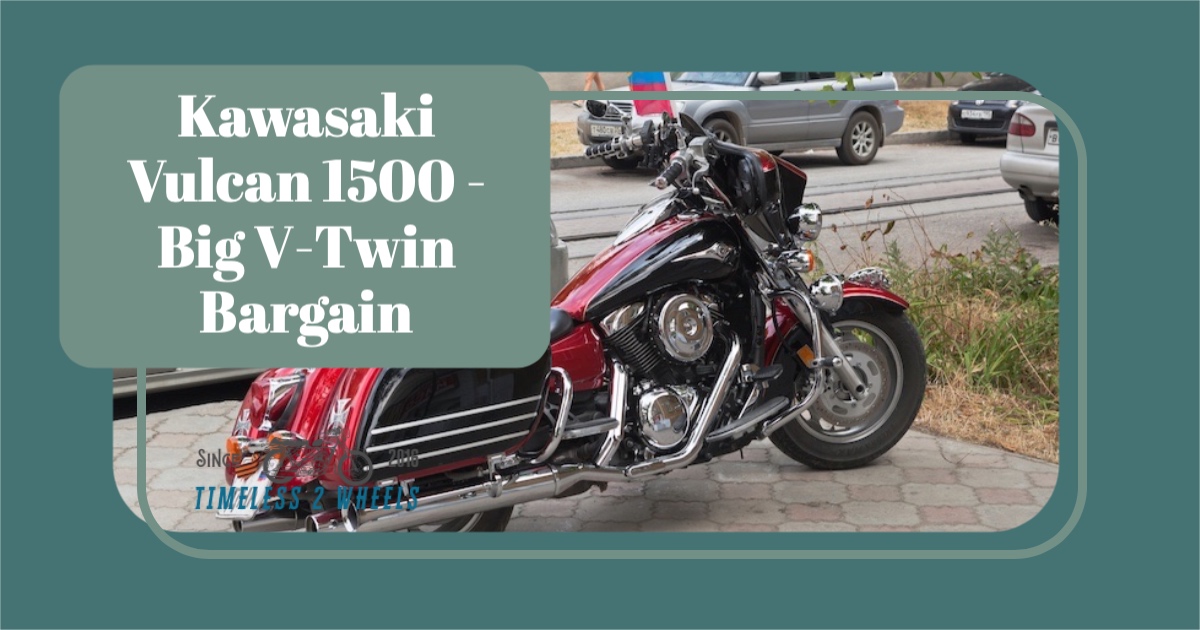 The Kawasaki vulcan 1500 was in production for around 20 years making it one of the longest running cruisers in the Kawasaki lineup. Kawasaki have been using the Vulcan name… 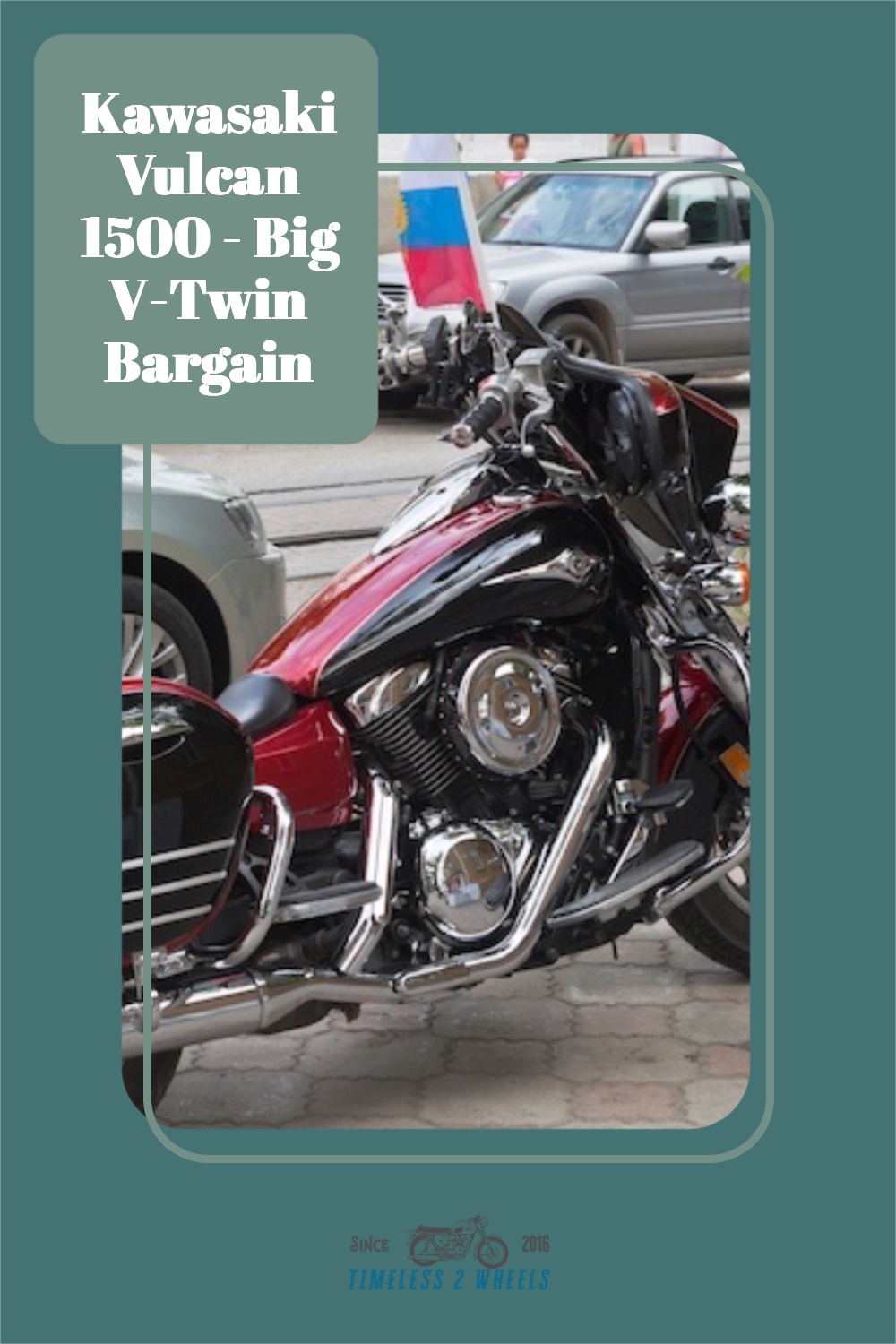 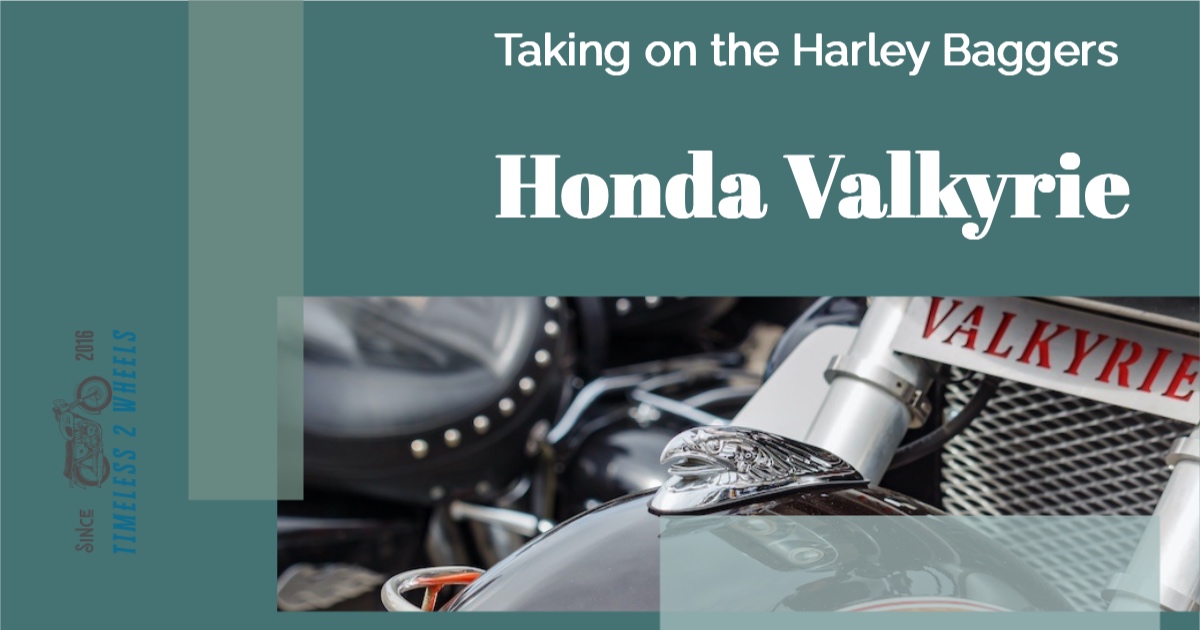 In 1996 the Honda Valkyrie was introduced to the Japanese giants line up. A motorcycle that was very much led by the US market in its design, style, size, the… 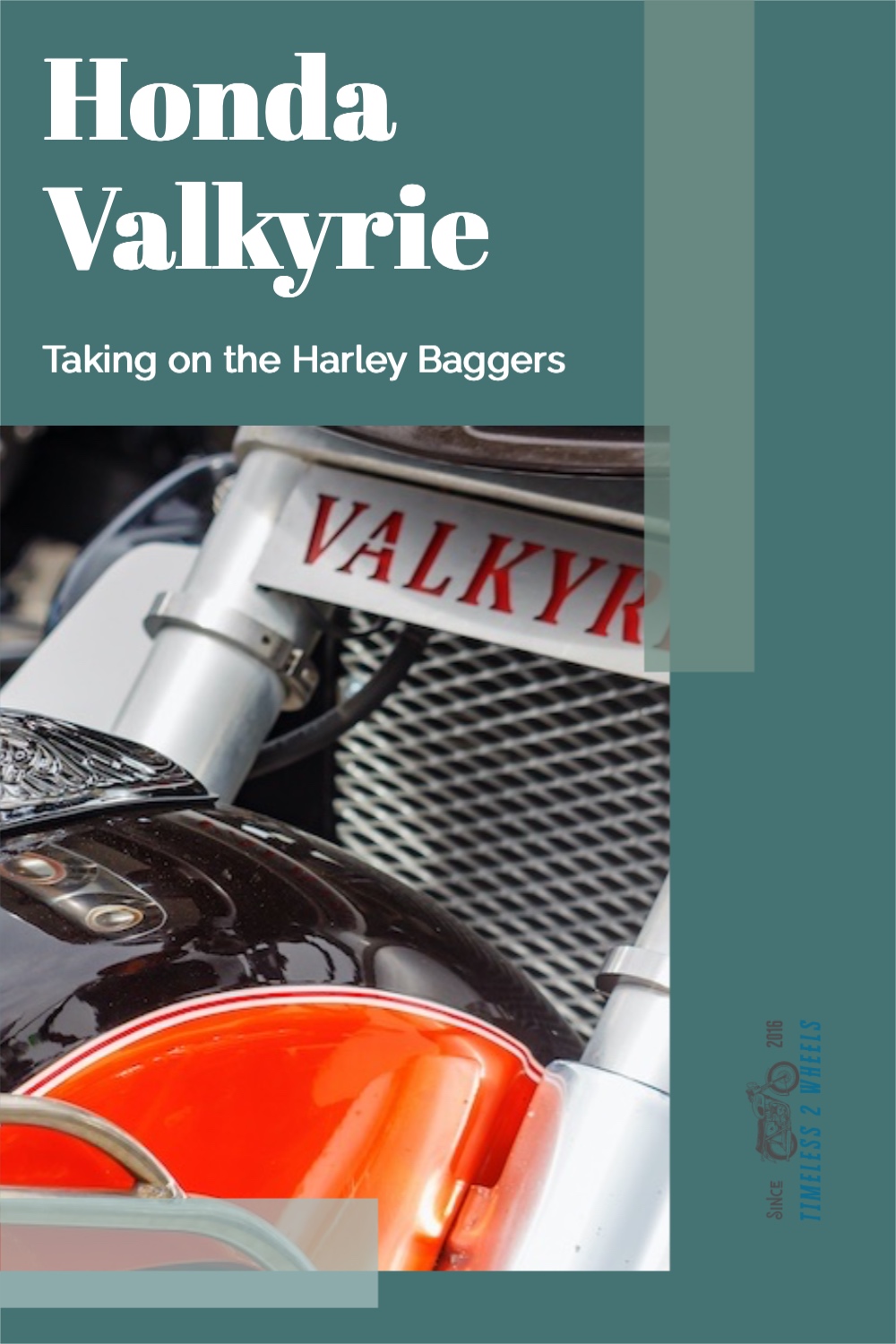