Ninjas, Ninjas and more Ninjas that is what the 90’s were really about for Kawasaki Motorcycles. Pushing the Ninja line across the different capacities, and making them the best sportbikes in the relative classes, fiercely challenging the competition from other manufacturers.

It wasn’t all Ninja’s (just mostly), there was a super cruiser and a retro parallel twin to come off Kawasaki’s assembly line too.

In this article I take a brief look at some of the best bikes to come from Kawasaki in the 90s and their best bits, let’s have a look.

In 1990 Kawasaki Motorcycles released the Ninja ZX-11 and it was intended to be the machine that ended the power race among the Japanese marques and for a while it did just that.

The Ninja GPZ900R had started the Ninja line in 1984 to much success with several bikes naming it ‘Bike of the Year’, the ZX-10 followed.

6 years later Kawasaki Motorcycles went back to the drawing board and designed the all new ZX-11. The finished bike completed the quarter mile in 10.5 seconds, at speeds of 132mph. The power came from a DOHC, 1052cc, in-line 4-cylinder engine that offered 145 hp and 108 Nm of torque.

Top speed hit 176mph which would make the new bike the fastest motorcycle in the world until the Honda Blackbird stole the lead in 1996.

Chassis was all new, as was the new advanced valve train and the most aerodynamic fairing Kawasaki had ever produced. The ZX-11 was also the first production motorcycle to receive ram-air intake which until that point had been used in cars.

Initially dealers were only allowed 2 motorcycles per dealership as demand based on anticipation alone for the new model was sky high. In Cycle Worlds reflection of the ZX-11 they write “In 1990, we said this motorcycle would go on to define the decade. And we were right, as it set the template for what was to come – its handling prowess set it apart from its competition”

$3,000 will get you an original ZX-11 today and you can’t go wrong at that price to own a real piece of Ninja history.

In 1994 Kawasaki released a slightly smaller Ninja than the ZX-11, in the form of the ZX-9R.

Perhaps because it was overshadowed by the ZX-11, the ZX-9R didn’t quite cut the mustard as a top of the line sports bike; this was also hindered later on in 1998 by Yamaha’s R1 stealing the thunder from well…everyone. However, it did become a very popular sports tourer as a result, one that was comfortable and capable, without being boring.

Initially the ZX-9R was considered to be too heavy but this was later re-vamped for the 1998 model year and was very well received as a result. It would always be too heavy for race-track performance, but for sporty road handling and power it was a great motorcycle.

The 899cc engine pushed out 143 horsepower, and a top speed of 175mph, specs that really weren’t all that different to the bigger and older ZX-11. It looked good, went like the wind and sounded pretty special, the bike remained in the line-up until 2002.

They might be high mileage thanks to their sports-touring reputation, but you needn’t worry as the motor is bulletproof. You can pick one up for £2,500 or between $1,500-$3,000 on average in the US.

Designers at Kawasaki intended for the new 600 to be a true middleweight, offering an alternative to the bigger motorcycles but one that didn’t sacrifice race track looks, handling or performance.

The GPZ line is what was hitting the middleweights before with motorcycles like the GPZ550. Kawasaki wanted big boy looks to fit all riders, but nothing too intimidating. Kawasaki deliberately built the ZX-6R to look like it’s bigger 1994 predecessor the ZX-9R, and was built to include the ram-air intake that was first produced with the ZX-11 in 1990.

While the 600 Ninja has remained in the line-up for over 25 years, it didn’t completely destroy the competition early on as the Honda CBR had a reputation for reliability while the GSX-R took the victory for being best on the track.

In 1998 Kawasaki released a retro styled parallel twin in the form of the W650 and it was warmly received, catering to riders that were straying from sportbikes and looking for something more traditional.

The W650 looked like it came straight from the 1960’s from the likes of British Triumph or Norton rather than Japan. Although the same was said about the original W1, W2 and W3 Kawasaki models from the 1960’s, which is where the ‘W’ takes its name from in W650.

It looked and felt like a true authentic traditional motorcycle, stripped back from any modern tech and just a good looking machine ready to power down the miles.

It wasn’t intended to be a speed freak, but the performance was pretty steady for the way in which most would ride the model. 676cc, four-stroke, parallel twin, creating 50 horsepower and a top speed of 110mph.

The W650 would later be replaced with the W800 which was very similar in it’s style but just a bigger capacity.

Prices vary significantly for the W650 depending on condition etc and how much it has been customised or looked after. The retro nature of the W650 does mean many home builders have taken it upon themselves to create cafe racer style motorcycles. I have seen a range of adverts from £1,500 all the way up to £6,500.

The bike had a four-stroke, 50° V-twin, SOHC, 1470cc engine that thudded out just 64 horsepower but in true cruiser fashion was full of torque 112 Nm of it, to be precise.

Underneath the vintage cruiser looks the machine was far from vintage with it’s liquid-cooled 8 valve engine and electronic fuel-injection system.

A huge range of catalogue and after-market parts were made available to owners and this led to many Drifters being personalised, leaning into the true cruiser spirit even more.

The same year the Vulcan 800 Drifter was also released, they were physically very similar machines with just different capacities to capture all audiences.

Nowadays a good condition 1500 Drifter will cost on average around £3,000/$3,500 which for the size of motorcycle, and for a cruiser that stands out, it really isn’t too bad at all. 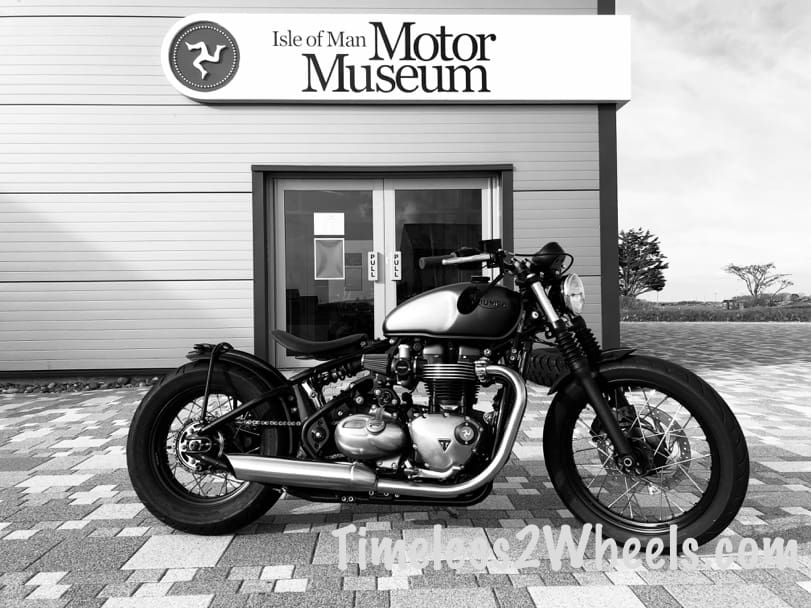 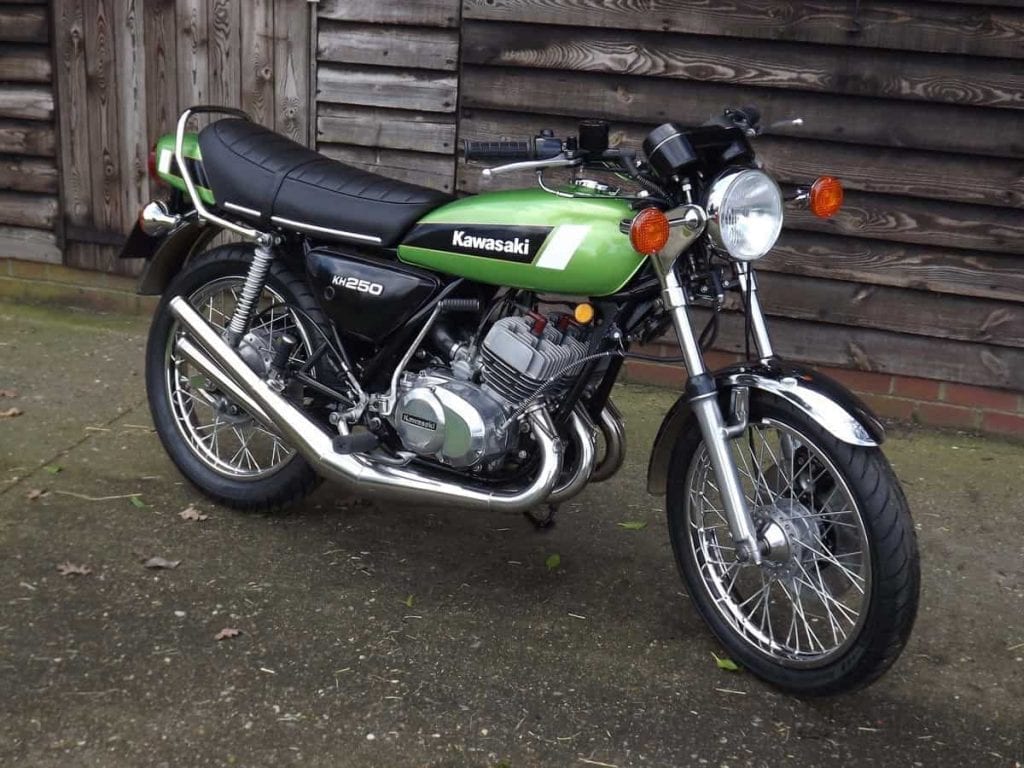 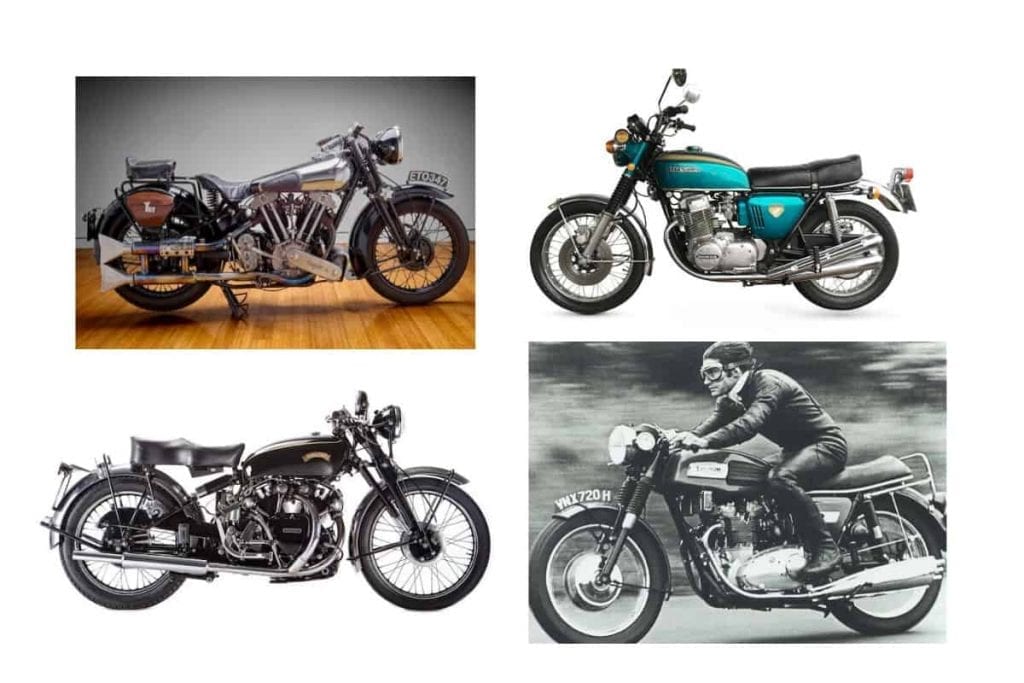 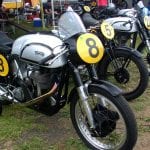 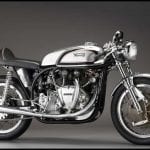 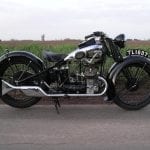