Naked motorcycles are one of the most popular types of bikes and Suzuki have several across their line-up to cater for all bikers regardless of experience.

Let’s have a look at some of the best naked motorcycles in the Suzuki line up.

Starting with the Suzuki naked baby of the bunch the GSX-S125. Just because it has a small capacity 125cc engine doesn’t mean it should be scoffed at or underestimated; as it is one of the best lightweight street bikes currently on the market.

The GSX-S125 is not available in the US, it is more focused for European bikers who are largely ruled by different licensing restrictions.

First of all we have to start with the GSX-S125’s styling, it takes after its bigger siblings, and is one of the best looking small capacity bikes around, with a mean aggressive edge that dares new bikers to start their motorcycle adventures.

The headlight is aggressive like an angry wasp, surrounded by an equally mean cowl which sweeps back into a sculpted tank and side panels that are sharp. Sitting low, the seat is wide and long enough for plenty of movement, along with a back rest that folds over from the pillion pad.

The upswept rear section is the sting in the wasp’s tail, giving the sense that the motorcycle is slammed forward and ready to race.  I hear you, does the bikes engineering match the looks? Yes.

Equipped with a single-cylinder, DOHC, liquid-cooled 124.4 horsepower engine, it offers powerful performance in a compact package with excellent fuel economy, a claimed 117.7mpg to be precise.

The compact chassis is lightweight, the rider has the maximum control and an agile ride for city riding.

The GSX-S125 is aimed at new and younger riders just getting started in their riding journey. Being lightweight, easy to handle with a low seat height and smooth power delivery it is the perfect bike for new riders to get to grips with riding.

However, it is also styled in a way that it won’t stand out as a learner motorcycle, it will quite happily fit in with much bigger motorcycles at the local bike spot.

The SV650 has had a much needed update for the latest model taking it from a middle of the road workhorse to a well-styled edgy naked bike.

Let’s face it, the SV650 gets a bad rep as being a boring learner bike, and perhaps a few years ago that was true compared to the competition, however the new model has shaken that energy off and has a darker mood about it.

You will find yourself with enough power to tackle any road but the power delivery remains smooth and won’t have you with white knuckles struggling to hold on.

The SV650 is an agile machine that can filter through traffic like its second nature and will carry you and your luggage or passenger in complete stability.

Styling wise the bodywork is trimmed down which helps with manoeuvrability and rider comfort, the upright riding position is natural and the wide bars give both reassurance and control.

The best way to sum up the SV650 is as a good value ‘do-it-all’ kind of bike, one that now looks pretty good too, wearing an electric blue chassis with matching wheels and the rest blacked out.

The Suzuki SV650 has notoriously been favored by learning schools for riders taking their full license in the UK.

It makes for a brilliant ‘first big bike’. This also applies in the US with the SV650 being a really good starter motorcycle.

There is enough power but not too much, it is comfortable yet commanding and suited to a range of riding styles from around town to hitting the freeway.

The intention of producing a track bike performance for the street and layering on top a second option of the GSX-S750Z which takes the same principle with more aggressive styling and MotoGp inspired paint work.

This is less complicated than it sounds with both the base and Z model coming with an ABS version too.

The differences between the two models fundamentally comes down to styling, with the Z getting different paint schemes and a more aggressive overall look.

The models are equipped with a torque-rich engine that has rider-adjustable traction control for getting the perfect set up on various riding surfaces.

At just 211kg this middleweight is manageable for most riders; the power-weight ratio is very good with the engine perfectly capable of catapulting the rider into and out of corners.

The compact chassis is derived from a combination of a tubular girder road bike with a twin-spar sportbike frame, which gives it a unique style of riding, but ultimately is as precise as you could want it to be.

In terms of riding position this bike is slightly more sporty than the SV650 but still set up so that rider is more upright than the GSX-R. What you end up with is a bike that could be set up for some long touring trips but is equally just at home hitting the track.

The GSX-S750 is aimed at those who want a middle-weight performance motorcycle with all the power derived from decades of involvement in MotoGP with the GSX-R range, but mixed in with some street based properties that make it ideal for road riding.

If you want a naked bike that has all the aggressive properties of a streetfighter that can take you off into the twisties or on some weekend trips, then to a trackday, the GSX-S750 has you covered.

Moving up the Suzuki naked line up we have the GSX-S950 for their European customer base; it is not currently available in the US.

For UK bikers the GSX-S950 serves the role of the GSX-S750, in terms of bridging the gap between a middleweight road bike like the SV650 and the bigger GSX-S1000.

The 999cc engine produces 93 horsepower and 92 Nm of torque and weighs in at 214kg, so it is certainly not a bike for the fainthearted. It can be restricted for A2 license holders however, which brings the overall power down to 45 horsepower.

Suzuki have turned the GSX-S950 into a tamer motorcycle to attract newer or returning bikers that doesn’t intend to threaten but is focused on performing in an enjoyable and attractive way.

The engine is derived from the race winning GSX-R1000 but is tuned in a way to make it more appropriate for road riding and usable, as opposed to just outright peak performance.

Compared to some of the other top naked bikes, the GSX-S950 is less aggressively styled to suit its mild manners, giving it a more grown up aesthetic.

The seating position is natural, comfortable and there are plenty of rider aids to allow complete control of a variety of situations which increases confidence and makes for a fun experience.

The GSX-S950 is there to provide a slightly more mild mannered version of the GSX-S1000 to those who prefer it. It is there to be easy to ride, handle exceptionally and to give a fun enjoyable ride in a variety of circumstances.

The GSX-S1000 is the biggest, baddest, meanest older sibling of the GSX-S range and its whole intention is to dominate the streets, just like the Suzuki GSX-R1000 dominates the track.

Just like the GSX-S750 there is a Z model available in the US for the 1000 with the differences again coming down to styling and the standard model is equipped with more rider aids.

The GSX-S1000 has an awesome low-mid range torque that is controlled with ease by the Ride-by-Wire throttle bodies.

Suzuki uses a KYB suspension set up and Brembo Monobloc brake calipers for the best suspension and braking abilities.

There is a coming together of comfort and sportiness for the bikers position, which has been settled on by revisions to the handlebar, footrests and seat.

The handlebars are wider to the prior generations model and built for the best ergonomics for performance and vibration damping.

The GSX-S1000 uses the same aluminium-alloy swingarm used on the GSX-R which gives the model superbike looks; paired with the aluminium frame the chassis gives a precise, nimble handling ride.

Those who want the ultimate naked motorcycle will be attracted by the GSX-S1000. It has all the performance of the MotoGP GSX-R1000’s but channels it all into being the best on the road.

A slightly more unusual Suzuki naked bike has been the re-introduction of the famous naked Katana.

While there is a new generation expected in the UK for 2022, there are only 2020 versions currently available in the US.

The original Katana was released in 1982 and caused quite the stir when it was unleashed, molding a powerful Suzuki performance motorcycle with the traditional Japanese spirit of the samurai warrior.

It wasn’t to be taken lightly and 20 years on the new version is just as mean and dark carrying the same ethos of the original.

The modern version uses a combination of the GSX-R engine with the GSX-S frame as its foundation, then layers on its own exciting style with crazy bodywork.

I can safely state the new Katana in dark blue with gold accents is one of the coolest motorcycles around.  It also matches the GSX-S1000 on specs with around 150 horsepower and it weighs in at just 1kg over the GSX-S.

The fit and finish is brilliant, no component has been overlooked. Sure, it won’t be for everyone, but it is an unusual naked motorcycle for those that like to live outside the norm, with tried and tested performance to match.

The Katana is for those that have an affinity with classic motorcycles, with fast bikes of the 80’s when manufacturers were competing on the track and the streets.  It pays homage to the past while aligning with modern bikes, giving bikers the best of both worlds.

Suzuki started manufacturing motorcycles in 1952 just after WWII; since then they have become one of the stronghold ‘Big Four’ Japanese manufacturers producing bikes that captured our imagination and out-performed competition.

As with many manufacturers of early motorcycles they got their start by clipping on small motors to bicycles but it didn’t take long for their first bonafide 125cc, steel framed, four-stroke to be released in 1955.

Before long Suzuki were winning races with their small bikes and opened up a headquarters in Los Angeles in 1963.

With iconic bikes like the Super-6, Hustler 400, Katana, RG250 and GSX-R, Suzuki have created a legacy for themselves and as the best manufacturers do, they continue to strive forward continually evolving.

All images via Suzuki 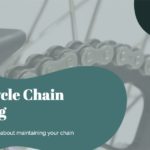 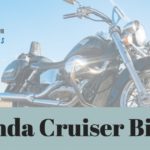 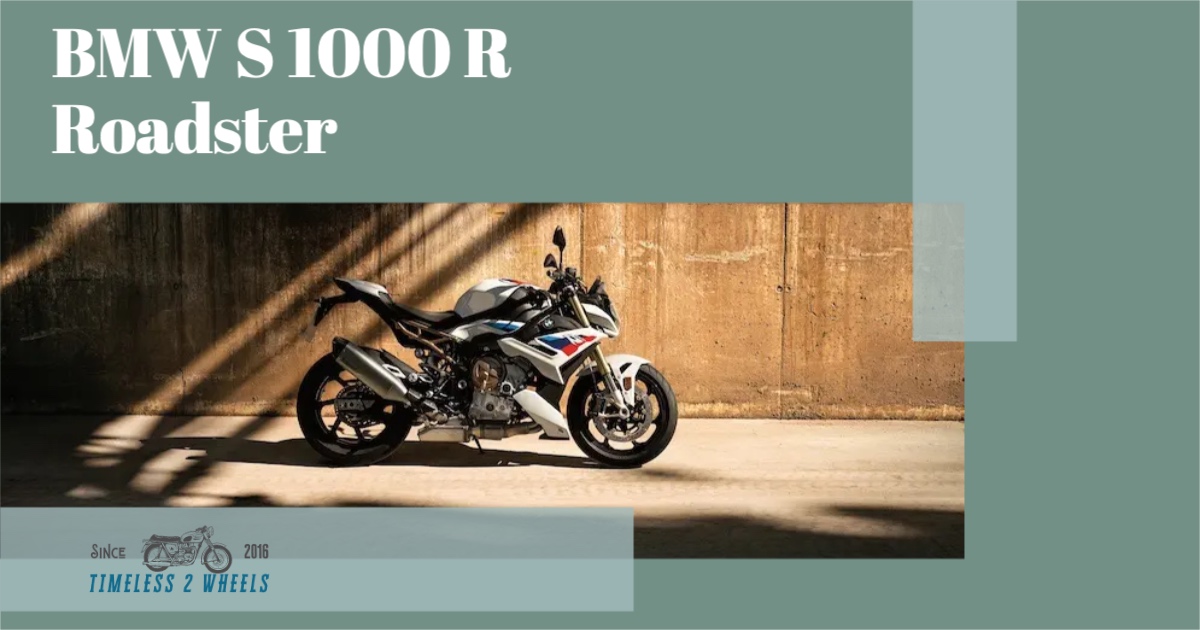 In 2014 BMW Motorcycles decided to give their fans what they had been waiting for, the S 1000 R Roadster. A stripped back naked version of their supreme racing bike… 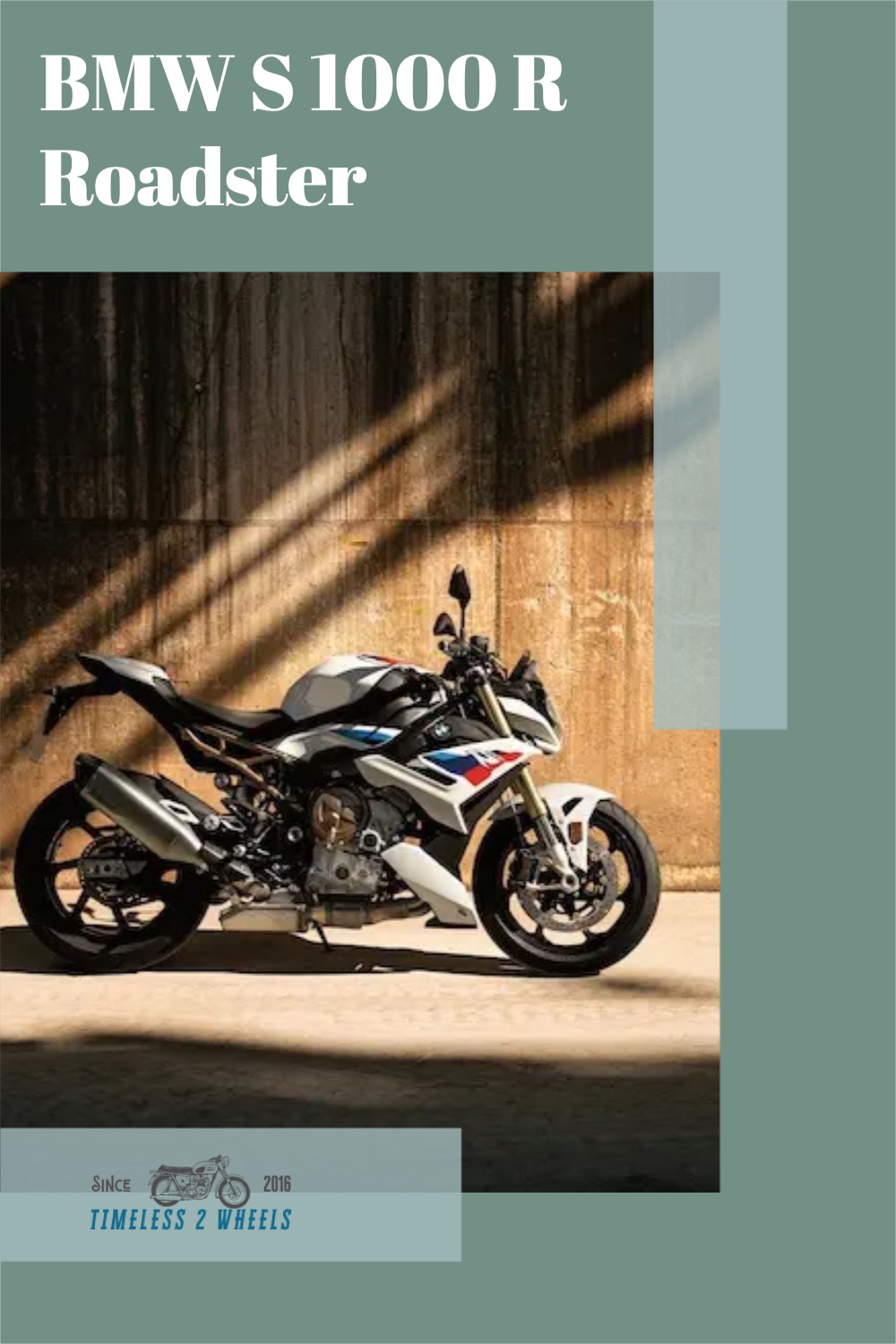 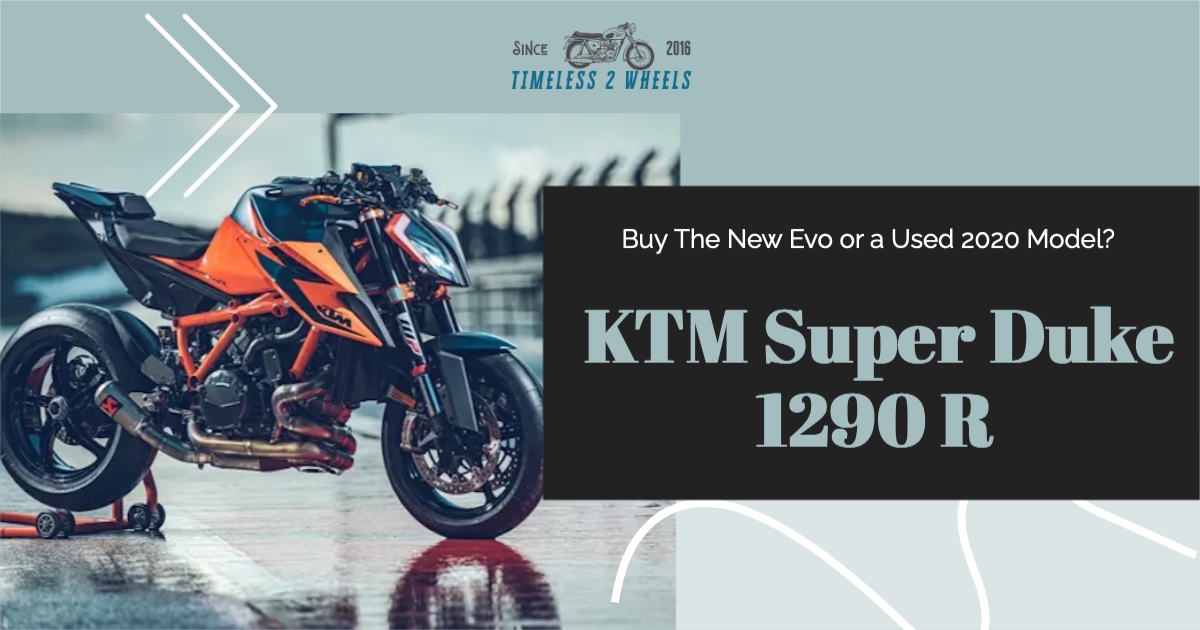 The KTM 1290 Super Duke R was released in 2014. It was explosive in its entry to the Hyper Naked class and then in 2020 it received a major overhaul… 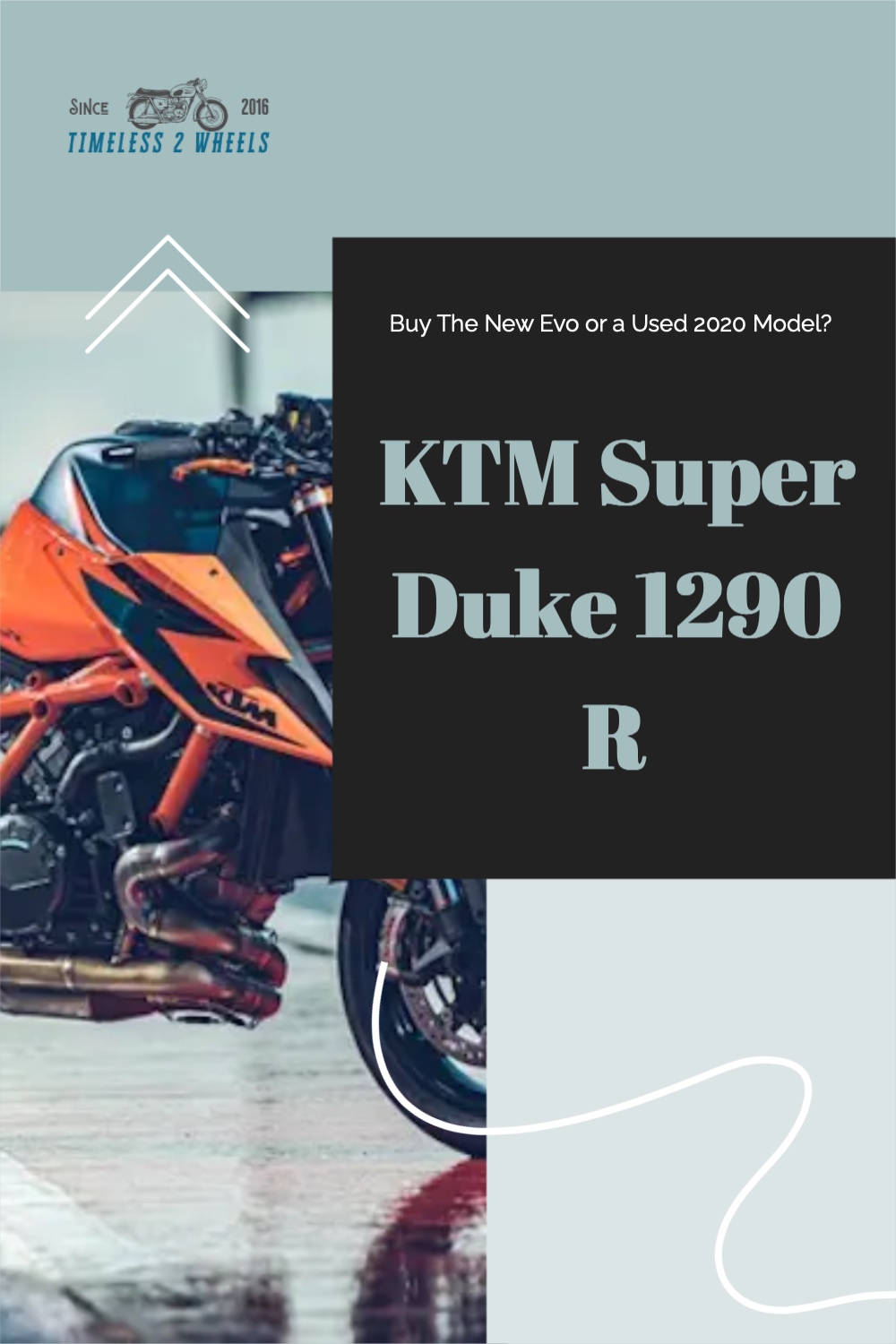 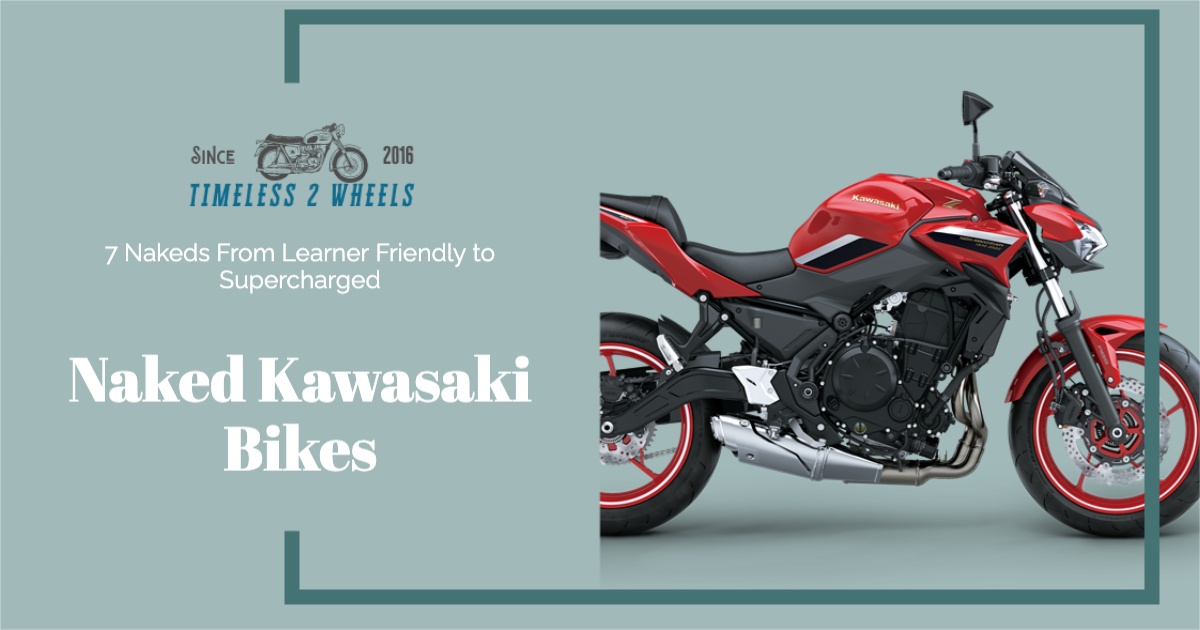 Naked Kawasaki bikes are some of the most popular motorcycles available. Taking all the best bits of their fully faired Ninja sportsbikes, stripping them down for a muscular look that’s… 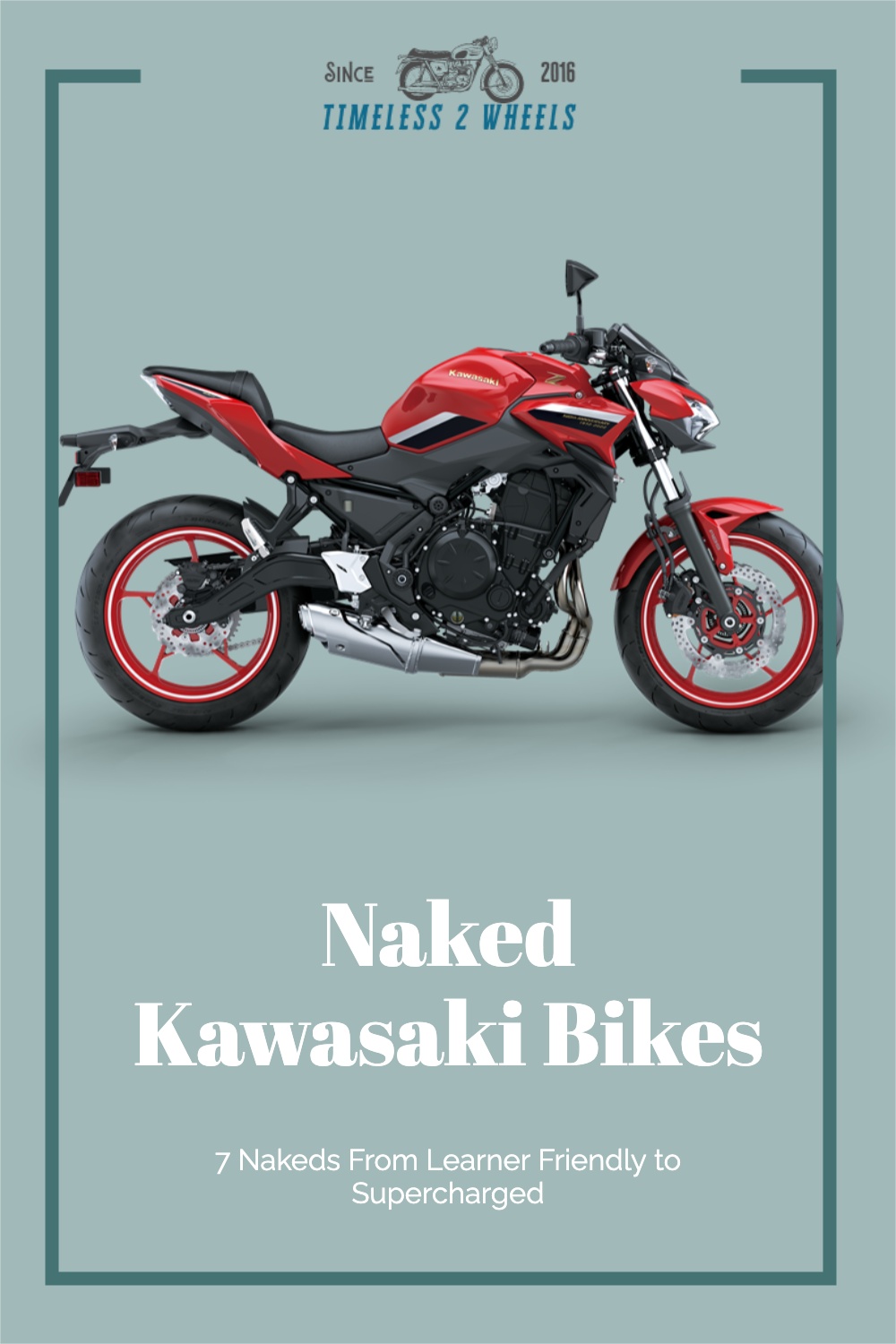