I think everybody who looks at the Yamaha FZR1000 should have a certain level of appreciation for what it did not only for Yamaha but for race-replicas and general sport bikes for the decade that followed its release. There would be no Thunderace and more importantly no legendary YZF R1 without the first Yamaha FZR 1000.

It shouldn’t just be looked upon as the bike that spawned bigger and greater. The Yamaha FZR1000 is an icon it’s own right and one that can hold its own with the big boys to date.

What’s all my hype about? Well, let me explain by taking you back to the beginning.

At the heart of the bike was a 989cc, liquid-cooled, four-stroke, 35° forward inclined, transverse four-cylinder, DOHC, 5 valves per cylinder engine with a 5 speed gearbox and final drive chain. It made 135 horsepower and 102 Nm of torque.

The FZR1000 had a top speed of around 160mph, weighed 225kg wet and completed the standing quarter mile in 10.7 seconds.

The chassis was built using the stable Double Cradle aluminium DELTABOX frame. While relatively lightweight the DELTABOX was extremely stable and had been taken from Yamaha’s GP racer.

Further to which the way the engine was positioned helped to create a completely linear power response, with an instant response from anywhere on the flat wide torque curve, from standing still to 90mph was breathtaking.

It wasn’t all about being suitable for the race track however. The Yamaha was built for rider comfort and for road use, marketed as ‘the ultimate road machine.’ Sturdy forks, good suspension and general layout for the rider made for the perfect bike to take on those twisty mountain roads, or blast on the straights to get from A-B.

In 1989 Yamaha reviewed the FZR and renewed it. The new frame was dubbed DELTABOX 2, and used the engine as a stressed member of the frame. The new revolutionary layout would be the foundation for the 1998 Yamaha R1.

Bigger Carbs and strengthened crankshaft as well as countless other engine modifications were made which combined with the Yamaha FZR1000 EXUP increased mid-range performance and boosted the horsepower to 145hp.

In summary the EXUP controlled gas flow through the valve to ensure maximum performance in power and torque at both high speeds and low revs.

Comfort was also reviewed in 1989 with a bigger, wider seat for better ergonomics for those who might consider the FZR for touring.

After all that, why would you mess with a good thing right? That was the question many asked of Yamaha in 1991 when yet again they went on to revitalise the FZR once again.

Some of the upgrades included:

The Yamaha FZR 1000 remained in production until 1996 when it was replaced by the YZF 1000R Thunderace.

Cycle World wrote that the ‘87 model was “Not perfect, but not far off.” Perhaps the greatest compliment came from the same article later on “Sure, the Kawasaki ZX-11 can outrun a cruise missile, and Suzuki’s GSX-R 1100 has torque enough to raise the Titanic; but when the pace quickens and the objective is to untangle the most-knotted roads, neither of those two can match the FZR1000.”

For Yamaha who had built the FZR1000 to directly compete with the big Kawasaki and Suzuki, to have come out on top in one of the leading motorcycle magazine’s, it would have been a huge compliment and relief.

A few years later saw the 1989 version crowned “Bike of the Decade” by Cycle World.

Ex-Racer German Josef Schermer said in the 1987 Moto Sprint Magazine “it may be likely I have just ridden the bike of the year. The Yamaha FZR1000 is a superbike through and through and I can only say: excellent.”

You can check out the official FZR1000 Genesis press kit from 1987 here.

Car and Classic has a few examples advertised with this Genesis looking like a particularly good buy.

Now before I get into average prices in the US, those who love baseball and custom bikes might want to take a look at this 1989 FZR1000 but be warned there is a $14,000 price tag. A custom FZR painted 8 different shades of pearl and previously owned by Hall of Fame Baseball Star Reggie Jackson. It has been in storage for 20 years and is in immaculate condition.

Right now that’s out the way, let’s look at more sensible prices. Prices seem to be between $2,500-$5,000 model and condition dependent.

There are a few things to be aware of when looking to purchase a Yamaha FZR1000:

There is currently an FZR1000 Genesis advertised on eBay UK for £5,495 which is claimed to be the UK’s finest example. The motorcycle has had a full nut and bolt restoration and looks to be in immaculate condition. At £2,500 over the average UK market price this bodes well for those who are looking to take on a sport bike as a restoration project.

While average prices are around £3,000/$2,500 for a good condition model it is not unheard of for a FZR to come up for £750/$1,000 which would be a great start point for a restoration, as it would increase profit margins if you intend to sell the bike on.

Motorcycle Spare Parts EU has a wide range of spare genuine parts for the FZR1000 of all model years so is well worth a look for your restoration, particularly for those engine components or difficult electricals. They also ship worldwide.

CMS in the Netherlands is another site worth checking out for genuine parts for all models, including models intended for Europe, the US and those under California regulations.

Here are some genuine parts prices to give you an idea of costs:

Is the Yamaha FZR1000 Good Investment?

FZR’s across the board are appreciating in value whether it’s the 250 or the 1000. This particularly holds true for the FZR750 and FZR1000 whilst the FZR600 makes the ideal budget Sportbike.

Financially investing in an FZR1000 Genesis model or the 1989 model year is your best bet as they are the two most coveted versions and the two that will likely see more of an increase in value over coming years.

Worth pointing out that the Yamaha FZR1000 can hold its own with many of today’s sport bikes and thanks to its comfortable ergonomics and bulletproof engine it remains a pretty good sports tourer. So if you want a good looking, fast, comfortable, throwback, no nonsense machine this is the bike for you.

I think it is clear now why I love the yamaha FZR1000 and why you should too. What a bike. 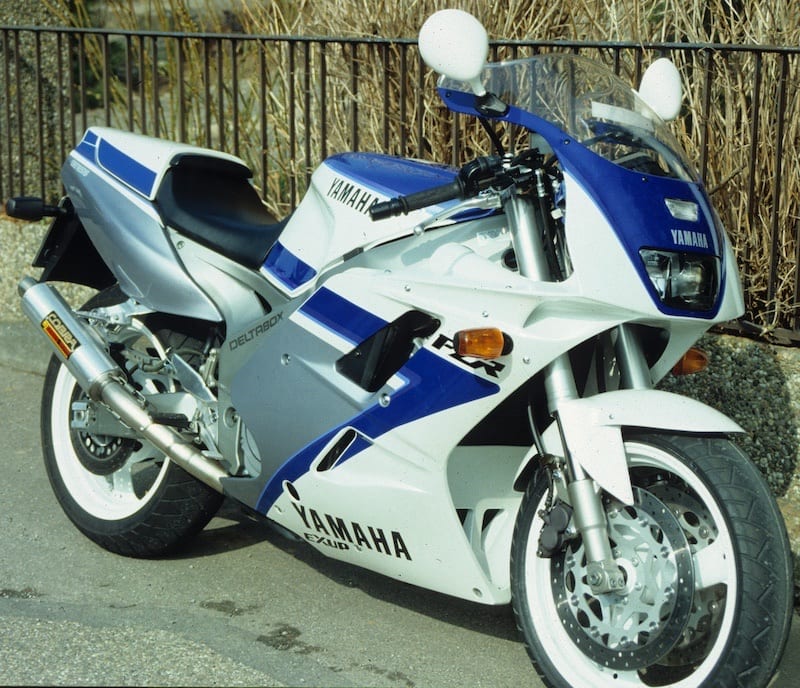 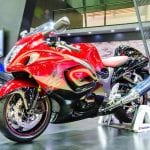 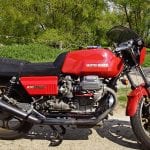