I don’t know about you, but when Ducati first introduced the Panigale 1199 in 2012, I immediately started crunching numbers to figure out how I could afford one.  I was still in college then, balancing a full-time career in logistics at night then going to classes in the morning. It was rough and I wasn’t … Read more We can all appreciate the raw power and capable suspension of a race-bred superbike. Why wouldn’t we? I’m glad they exist. However, anyone who says they enjoy riding around all day folded into one of those things is 100% lying to themselves. Lucky for us, that’s why streetfighter motorcycles exist.  Streetfighter… Naked bike… Hypernaked… Buttnaked … Read more It’s simple, it’s fun, it’s reliable, and it’s shockingly affordable. Ask any seasoned veteran to recommend a first bike and chances are they’ll point to the Suzuki SV650.  Perfect starter bike. Weekend club racer. Low maintenance commuter. And somehow the SV650 manages to be a great looking motorcycle as well.  How many motorcycles can wear as … Read more If you’re shopping for your first bike and you’re considering the Honda Rebel 250 (also known as the CMX250), you’re in good company.  The Motorcycle Safety Foundation has given thousands of riders their first taste of the two wheeled life aboard the Honda Rebel 250 in their rider training programs, and thousands more have gone … Read more 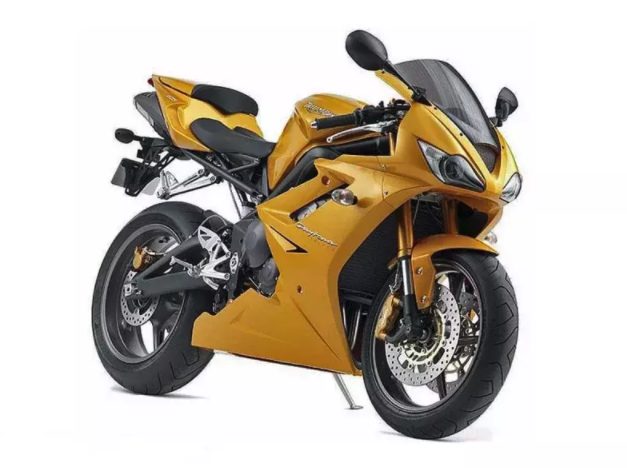 Take a moment to think of your favorite big dual-sport or adventure bike of all time. Got it in your mind’s eye? Ok. Now, repeat after me: “Thank you, Yamaha XT500, for making my (insert bike here) possible.”  If you don’t like the sound of that sentence, we can argue about it in the comments … Read more

There was never a period for motorcycles quite as wild as the 1970s.  Manufacturers were ready and willing to try anything to capture the imaginations of the motorcycling public, from giant road-going two-strokes to Wankel rotary engines.  It’s no secret that we love our vintage bikes here at Timeless 2 Wheels, and some of the … Read more It doesn’t seem so long ago when you couldn’t drive two blocks without seeing someone on the sidewalk with an “Orange County Choppers” T-shirt or a “West Coast Choppers” sticker on the back window of a pickup truck. But something happened, and both the t-shirts and the candy-paint-and-chrome bikes themselves seem to have all but … Read more The Honda CX platform was around for a while.  We had a standard CX500 platform bike at the house when I was growing up. I got to ride it a handful of times, and I’ve got to say, it’s extremely difficult to believe anything derived from that powerplant could ever be described as “high performance.”  … Read more At just 15 years old the Ducati Hypermotard 1100 is already considered an iconic motorcycle – particularly by those who owned one. Here, Kurt looks back at Ducati’s original Supermoto. It’s the dawn of the 1980s.  Eddie Lawson is lining up on a two-stroke Yamaha 490 next to Bubba Shobert on a Harley Davidson XR750 … Read more The Honda RC51 became a legend here on the Isle of Man after Joey Dunlop rode it to his 24th TT win in 2000 – at 48 he was supposed to be too old to drag a heavy superbike 6 times around the worlds toughest road circuit, let alone actually win on it. So when … Read more